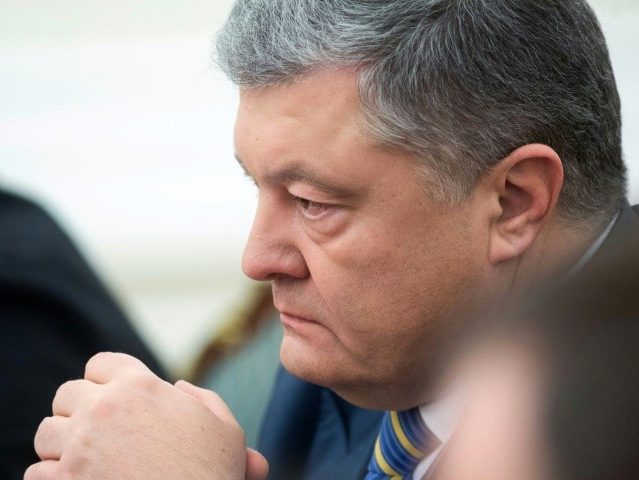 Ukraine’s Ambassador to the United Nations Volodymyr Yelchenko revealed on Thursday that Russia has deployed nuclear weapon carriers in Crimea.

Speaking on a security briefing on the Black Sea and the Sea of Azov region, Yelchenko said that Moscow has tightened its military grip over the area, which it illegally annexed back in 2014 amid civil unrest against the Ukranian government.

The Crimean peninsula separates the Sea of Azov from the Black Sea. The opening in the Black Sea that leads to the Sea of Azov, the Kerch Strait, is where Russian troops illegally rammed and seized three Ukrainian ships in late November, triggering an international outcry.

“After the Russian Federation occupied Crimea, it has been tightening its military grip over the occupied peninsula. Comparing to the pre-occupation period, Russia has more than doubled its military personnel from 12,500 to over 28,000, and up to 31,500 probably, according to the recent estimations,” Yelchenko said. “Russia has also substantially reinforced and modernized its military land, air, and naval components.”

“Russian military in Crimea got tanks and anti-aircraft systems, which were not present there before, up to six-seven times more combat vehicles, artillery systems, combat aircraft,” he continued. “These forces are capable of carrying out comprehensive military operations in south-western strategic direction, which includes water and coastal areas, corresponding airspace over the Azov and Black Seas, as well as in the far-operating zone of the Mediterranean.”

Yelchenko went on to explain how Russia may be preparing for the complete re-nuclearization of Crimea, an idea that would raise alarm among international peacekeepers.

“Particularly dangerous are the Russian actions, which could lead to re-nuclearization of Crimea,” he said. “The occupation authorities in Crimea are preparing military infrastructure for potential deployment of nuclear weapons, including the refurbishment of the Soviet-era nuclear warheads storage facilities.”

“Since 2015, the 12th General Directorate of the Russian Military General Staff, which is known to be in charge of the maintenance, transportation, and disposal of nuclear warheads for tactical and ballistic missiles, conducts regular inspections in the occupied Crimea,” he continued. “[Russia] has already deployed in the occupied Crimea carriers and other means capable of delivering nuclear weapons.”

Some of these weapons include a missile system known as the “Vulkan,” which includes “three submarines, one frigate, and two small missile ships equipped with cruise missiles SU-24 bombers capable of carrying nuclear bombs.”

Yelchenko’s claims follow a Fox News report this week showing the deployment additional S-400 surface-to-air missile batteries at a Crimean airbase, days after the confrontation between the Russian military and Ukrainian navy ships after they attempted to enter the Sea of Azov. The incident, as well as the continued military build-up, has raised fears that Moscow may be intending to invade Ukraine, although Russian President Vladimir Putin has played down such speculation.

Putin warned this week of an arms race with the United States after Secretary of State Mike Pompeo issued a 60-day ultimatum for Russia to correct its “material breach” of the joint nuclear treaty signed during the Cold War.

“Apparently, our American partners believe that the situation has changed so drastically that the U.S. should also have such weapons,” Putin said about the decision. “What response is our side to give? A simple one: then we’ll do the same.”