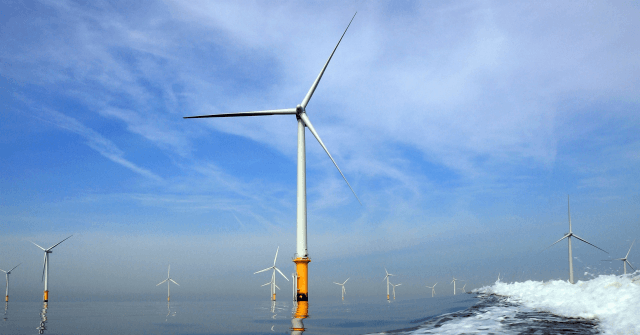 Last week, millions of pounds in “constraint payments” were paid to wind energy farms to not run their turbines.

Over £12 million was handed out to wind farms in the United Kingdom last week, following a major outage in a powerline that transported energy from Scottish wind farms to England. The handouts will be tacked onto consumers’ energy bills throughout the country.

The firms were paid between 25 and 80 per cent more than they would have earned were the turbines actually running, reports The Telegraph.

A study conducted in December by the Renewable Energy Foundation (REF) found that the UK handed out a record high £136 million to 86 wind farm owners last year in “constraint payments” when the grid was incapable of handling the energy flow.

Dr John Constable, the director of the REF, condemned the spate of wind farm development in Scotland saying:

“The Scottish Government has permitted excessive and environmentally damaging growth in wind power north of the border which has put the electricity system under great strain and burdened English and Welsh consumers not only with constraint payments but also with the additional expense of a £1 billion interconnector that is itself proving unreliable. The environment and the consumer have been betrayed over and over again.”

The unpredictable nature of wind electricity, known as intermittency, has plagued the industry. When there is not enough wind, the turbines produce little to no power and when there are high levels of wind, the output places strain on electrical grid systems as there is currently no viable storage system for the energy.

Though often touted by green activists, the true environmental costs of wind turbines remain high. The high powered magnets required to generate electricity out of wind require rare earth minerals such as neodymium, which is mostly mined in China.

A 2011 report by Simon Parry of the Daily Mail found that the mining of neodymium in China has resulted in the creation of a toxic lake outside the city of Baotou. Children in the neighbouring village of Dalahai were born with soft bones and cancer rates surged amongst the villagers.

“The reality is that, as Britain flaunts its environmental credentials by speckling its coastlines and unspoiled moors and mountains with thousands of wind turbines, it is contributing to a vast man-made lake of poison in northern China,” wrote Parry.

The news of the payouts to British wind farms come as the Boris Johnson government is set to quadruple the amount of wind energy produced offshore, as a part of the government’s green agenda which promises to be carbon neutral by 2050.