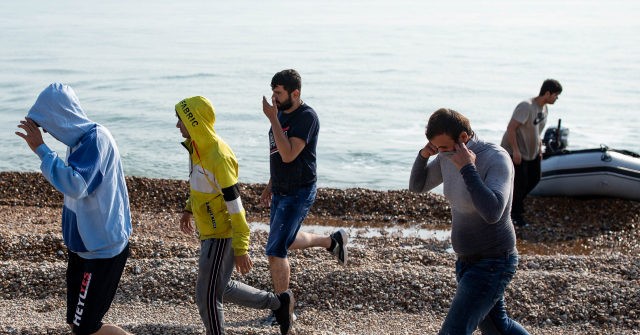 The Home Office is reportedly going to build reception centres for asylum seekers, with insiders admitting that putting them up in hotels created a “pull factor” for migrants.

The purpose-built accommodations are also supposed to be cheaper, with the current method of dispersing illegals, migrants, and asylum seekers across the country in hotels proving costly to the taxpayer.

A government source told The Times: “It’s fair to say we don’t want to be housing them in hotels any more. It’s a mixture of stopping the pull factor and getting more value for money for the taxpayer.”

The plan is to house the migrants in the accommodations while their asylum claims are being processed, and if they are granted refugee status, are moved on to more permanent housing.

It will also provide shelter for failed asylum seekers waiting to be sent back to the last safe country of entry. Since the UK left the EU fully on January 1st, 2021, all asylum applications are automatically rejected if the migrant had travelled from a safe country.

Five migrants have been arrested after a group of asylum seekers set fire to the migrant camp in Kent, England. https://t.co/JJyjI5oH2c

However, since Brexit Day, zero illegals have been returned to Europe, as of reporting from March 4th. While in 2020, just 105 out of 8,502 attempts to return illegals to the last safe country they came from in the EU was successful, despite the EU returns scheme still being valid during the transition period.

Since November 2018, the UK has seen a surge of illegal landings by boat migrants crossing the English Channel, the vast majority coming from France, with an estimated 9,000 arriving on Britain’s shores last year.

A Home Office source told the newspaper of record, according to the Tuesday report: “Our asylum system is broken and we are bringing forward proposals to replace it with one which is fair but firm.

“As we process asylum claims from illegal migrants, we will place them in simple, safe and secure accommodation. They will be housed in dedicated reception centres and we will stop using hotels.”

Last summer, Nigel Farage exposed the phenomenon of the government using coaches to transport illegals from Dover to “four-star hotels” across the country at taxpayers’ expense, including at a hotel in the constituency of Home Secretary Priti Patel, the minister in charge of stopping illegal migration.

“All these people will be sending selfies and pictures back to their countries, wherever they come from, and the message is: ‘Come on down, get into the country, hotels, 40 quid a week spending money, full board, trips to Anfield… It’s stone bonkers,” Mr Farage observed.

Housing migrants in hotels has resulted in serious incidents, however. In June, Sudanese migrant Badreddin Abadlla Adam was shot dead by police after stabbing six people, including a police officer, in a rage at the Glasgow hotel where he was staying at taxpayers’ expense.

The migrant had reportedly complained of being “very hungry” at the hotel and objected that the food being served to him was not “culturally appropriate”. Other asylum seekers at the hotel had complained about the food, “limited WiFi”, and not having enough pocket money.