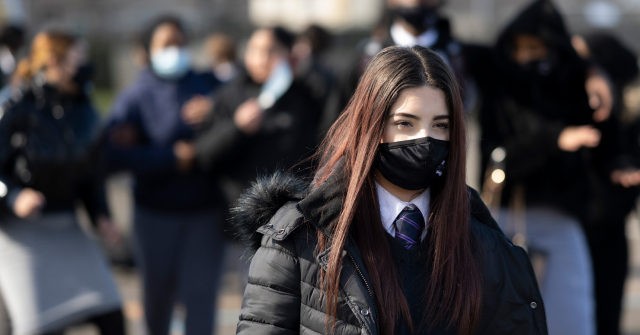 A parenting campaign group has criticised the “deeply inappropriate” request from a school for pupils to wear a “yellow badge” to show they are exempt from wearing a mask, with many making a comparison to the yellow stars forced upon Jewish people in Nazi-occupied Europe.

Allison Pearson from The Telegraph had circulated last week excerpts of an email from the headmaster of Farringtons School in Chiselhurst, Kent, advising parents that children who are exempt from wearing a mask in school should wear a “yellow badge” to identify themselves. The email prompted the journalist to ask “does the school have teachers who know their history?” as well as dozens of responses to the tweet with members of the public seeing the comparison to the forcing of Jewish people wearing stars in Nazi-occupied Europe so they could be identified and singled out for discrimination.

In a follow-up investigation by the newspaper on Tuesday, the contents of the email from the boarding school — which with fees up to £34,050, one would assume likely employs some of the more capable teachers in the country — confirmed that the school was enforcing a mask policy and that those who are exempt from covering their faces “should wear a yellow badge to indicate this”.

Farringtons School headmaster David Jackson wrote to parents: “In light of the increase in the number of cases, we have also decided to re-introduce the compulsory wearing of face masks in classrooms and other confined areas within the senior school, such as corridors.”

“Those pupils who were exempt from wearing a mask last academic year will once again be exempt and should wear a yellow badge to indicate this,” Mr Jackson added.

The school responded to the outrage after the letter was leaked online, saying that they were “horrified” such a parallel with the Nazi yellow star was drawn, but that “no offence was intended”.

A Farrington School spokesman told The Telegraph: “The rationale for introducing a badge for mask exempt pupils is so that they are not repeatedly challenged about not wearing a mask. On walking down a corridor, a teacher can immediately see that a mask is not required and therefore the wearing of a badge was intended to make it easier for those pupils.

“The badge was chosen after looking at the government advice about exemption from face-covering badges. This has a yellow circle and so we went for a yellow badge rather than producing a specially designed one. No offence was intended and we are horrified that any such parallel should be drawn.”

Parenting campaigner Molly Kingsley from UsForThem told the newspaper that the yellow badge was “deeply inappropriate” and it should “not need explaining” to educators why yellow badges should not be used to single people out, saying: “This has historic connotations which are deeply uncomfortable for many people.”

Ms Kingsley also revealed that “unbelievably this specific example of asking them to wear a yellow badge is not in isolation”.

Kent MP Craig Mackinlay called the story “completely bizarre”, telling talkRADIO’s Julia Hartley-Brewer on Wednesday that there are “obvious similarities, the clean and the unclean. It is just mad.”

Media reported earlier this year of supermarket security guards in England calling the police on a man, who said he was disabled and mask-exempt, who refused to wear a yellow sticker signalling he was not required to wear a mask.

The incident happened in February when mask-wearing in supermarkets was still mandatory and security guards had taken to demanding shoppers mask-up, prove they were exempt, or even be banned from shopping. While exemption markers were not required by law, Morrisons’ policy demanded at the time the wearing of a sticker, “so that colleagues and customers inside the store are aware that the customer is medically exempt.”

Leftist Mayor Sadiq Khan: Not Wearing a Mask on London Transport Should Be a Crime https://t.co/FM3xSzuoN4