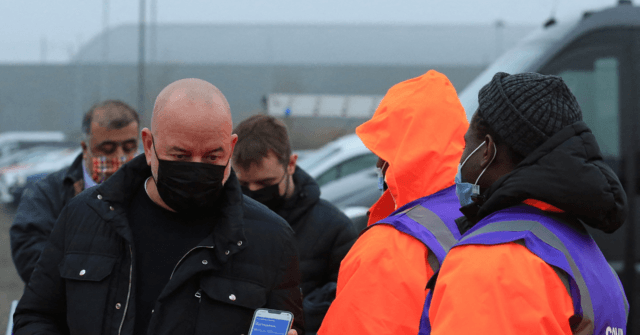 COVID passports are reportedly set to be scrapped this month in Britain amid waning cases of the Chinese coronavirus.

At present, England is under ‘Plan B’ restrictions, meaning that masks are required for indoor public spaces and health passes are required to enter large events.

When the restrictions were put into place, Prime Minister Boris Johnson’s government faced widespread rebellion within his own party in the House of Commons, with nearly 100 Tory MPs voting against their implementation.

The Plan B restrictions will face a vote for their renewal on January 26th, however, Health Secretary Sajid Javid is reportedly prepared to scrap COVID passes in light of the steep decline of coronavirus cases in England after peaking in December.

According to a report from The Times, Mr Javid told MPs on Thursday that he shared their “instinctive discomfort” with vaccine passports, and expressed his assurance that the government will not require health passes a “moment longer than absolutely necessary.”

The Health Secretary said that while the government will have to “proceed with caution”, he said that it was “encouraging that during this wave we have seen no increase in the number of COVID-19 intensive care patients and there are early signs that the rate of hospitalisation is starting to slow”.

“There are still huge numbers tested positive every day. We do just need to see where we are in ten days,” the government source added.

According to government data, the number of cases recorded on Tuesday stood at 109,133, a significant drop from just ten days ago when 218,724 were recorded on the 4th.

The National Health Service (NHS) has still cautioned that it is under considerable strain, however.

NHS chief Matthew Taylor said: “The national data on reported cases offers some hope but we should be under no illusions that this pressure has evaporated. Decisions about what living with Covid-19 will mean must be driven by realism and not by wishful thinking and impatience.”

The news comes as Prime Minister Boris Johnson is facing widespread political pressure over highly publicised parties held at Number 10 Downing Street while the rest of the nation was stuck under strict lockdowns. It is doubtful that the PM would seek to expend his limited political capital on another fight with his own party on extending the use of the unpopular COVID passes.

In an interview with The Telegraph’s Planet Normal podcast, Lord David Frost — who sensationally resigned from his post as Brexit negotiator for the government last month — said that Boris Johnson’s draconian coronavirus policies were the principal motivation for him leaving the government.

“That was the reason I resigned. That’s what took me out of the Government in December. I didn’t agree with the Plan B measures, masks, vaccine passports – that’s what forced me out,” Lord Frost said.

The former Brexit negotiator accused the government of performing “COVID theatre” and said that the country should focus on “stuff that works” in combatting the Chinese virus, such as implementing ventilation systems and using antiviral drugs to prevent serious cases.

“I think, honestly, people are going to look back at the last couple of years globally and see lockdown as a pretty serious public policy mistake,” he said.

“I would like to see the Government ruling out lockdowns for the future; repealing the legislation; ending them. We can’t afford it [and] it doesn’t work. Stop doing Covid theatre – vaccine passports, masks, stuff that doesn’t work – and focus on stuff that does work so that we’re ready if the next one is worse.

“Stuff like ventilation, antivirals, proper hospital capacity, managing it properly – that’s what we need to be focusing on going forward.”