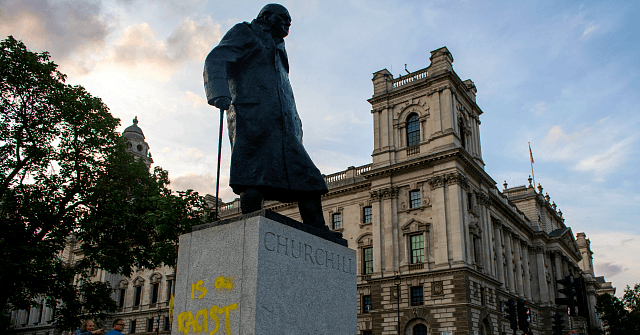 Following U.S. President Donald Trump’s lead, the British government has declared it is opposed to Critical Race Theory and the Black Lives Matter movement in the classroom, and warned teachers it is unlawful to teach concepts like “white privilege” as fact.

Speaking during a debate on Black History Month in the House of Commons, Exchequer Secretary to the Treasury and Parliamentary Under-Secretary of State for Equalities Kemi Badenoch, who is black, described “the promotion of Critical Race Theory” as a “dangerous trend in race relations” and “an ideology that sees my blackness as victimhood and their whiteness as oppression.”

“I want to be absolutely clear that the Government stand unequivocally against Critical Race Theory. Some schools have decided to openly support the anti-capitalist Black Lives Matter group, often fully aware that they have a statutory duty to be politically impartial,” Badenoch said.

“Of course black lives matter, but we know that the Black Lives Matter movement is political. I know that because, at the height of the protests, I have been told of white Black Lives Matter protesters calling a black armed police officer guarding Downing Street — I apologise for saying this word — ‘a pet nigger’. That is why we do not endorse that movement on this side of the House,” she added.

The Equalities Minister could not have been clearer:

Black Lives Matter and Critical Race Theory are political and do not belong in schools.

Teaching ideas such as ‘white privilege’ as a factual reality is breaking the law! 🚫👨‍🏫 pic.twitter.com/6VoIDVJxLi

Badenoch stressed that the Government “do[es] not want teachers to teach their white pupils about white privilege and inherited racial guilt”, calling this “pernicious” and warning that “any school that teaches those elements of Critical Race Theory as fact, or that promotes partisan political views such as defunding the police without offering a balanced treatment of opposing views, is breaking the law.”

She also told Labour Dawn Butler MP, who had earlier demanded the active “decolonisation” of the British curriculum: “Our curriculum does not need to be decolonised, for the simple reason that it is not colonised. We should not apologise for the fact that British children primarily study the history of these islands.”

The Tories’ firm if belated denouncement of Critical Race Theory follows strong moves by U.S. President Donald Trump to ban federal employees from being sent on anti-“whiteness” training, later extended to include a ban on federal agencies from doing business with third parties which engage in such practises.

The warning that British schools should not teach aspects of CRT “as fact” falls short of commanding teachers get it out of schools entirely, however, and it already seems to be rooted quite firmly in the system, with a Telegraph article from June which warned that “the insidious march of critical race theory in schools may be breaking the law” having revealed that “the Chartered College of Teaching fully supports this approach, providing resources to enable schools to teach about ‘whiteness’, including ‘white racism, white identity, privilege, power and intersectionality’.”

Indeed, parliamentary staff at the Palace of Westminster are already being sent on “mandatory unconscious bias training”, with attempts being made to make elected MPs to take part as well — and the Government not taking decisive action to get rid of it.

Ironically, recent studies have found that white working-class pupils are systemically disadvantaged in the education system in favour of ethnic minorities.

Trump Orders Purge of ‘Critical Race Theory‘ from Federal Agencies https://t.co/ygXcTXRHsQ via @BreitbartNews This is a sickness that cannot be allowed to continue. Please report any sightings so we can quickly extinguish!