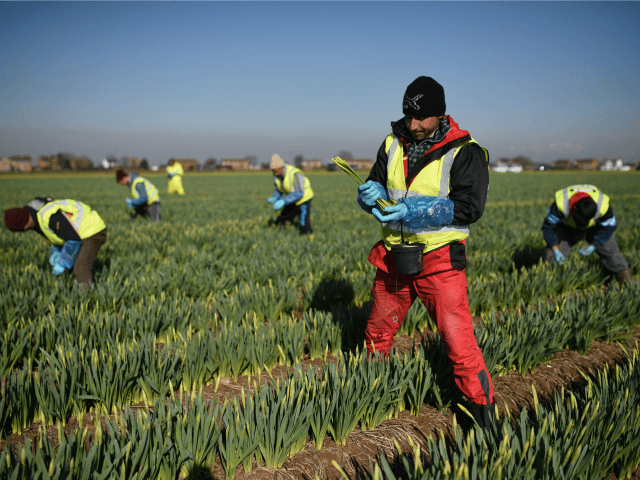 The UK government has been accused of planning to “massage” immigration statistics in its plans to maintain low-skilled labour after the country leaves the open borders European Union.

Leaked Cabinet papers from the Home Office outline plans that will launch 11-month visas for unskilled workers, reports The Telegraph.

The newspaper reports that the visa would put migrant workers under “restricted entitlements and rights” while they live in Britain, and the proposals are expected to be announced in the Government’s White Paper on migration set to be released in the week beginning December 3rd.

The proposals are alleged to prove Prime Minister Theresa May has fulfilled promises to cut immigration and halt free movement from the EU, and have been heralded by The Sun as a “Brexit crackdown” on immigration.

However, Mrs May has been accused of attempting to fudge immigration statistics through the duration of the worker’s visa.

Immigration statistics are based on the International Passenger Survey (IPS) — which collects information about a small number of passengers entering and leaving the UK on a voluntary basis — where anyone who declares they are staying for 12 months or longer is counted as an “immigrant” and all those staying for less than 12 months are logged as “short term.”

This effort to create an appearance of cutting immigration, which puts strain on public services like schools and hospitals as well as housing, has been called “massaging” by an economics professor at King’s College, London.

Professor Jonathan Portes told The Telegraph: “In theory, these people coming into the UK under this visa would not be immigrants and would not be counted as immigrants.

“I would call it a pretty transparent attempt to massage the immigration figures.”

“If you’re coming to the country for more than one year then you count as a migrant,” Prof Portes explained. “But, if you say you’re on an 11-month visa then you are not recorded as an immigrant.”

While it is not clear what restrictions will be placed on the migrants, continuing large numbers will still have an effect on housing and at least some public services.

There will also be the obvious effect on wages, with employers undercutting British workers by employing low-skilled workers from the EU on lower salaries.

Breitbart London reported last week that the UK has seen wage growth hit a ten-year high while there has been a record fall of migrant workers from the EU, signalling employers were adjusting salaries in preparation for an end to cheap, unlimited labour when Britain leaves the bloc.

Breitbart London reported in advance of the June 2016 EU referendum on the wide discrepancies between IPS immigration estimates and the number of new National Insurance Numbers issued to EU migrants.