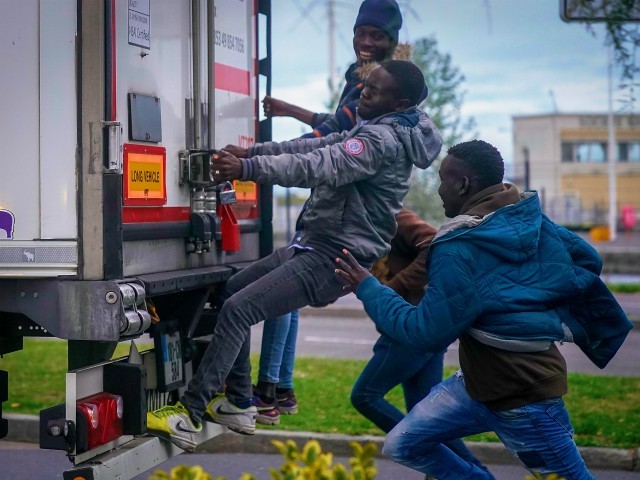 A leading immigration think tank has said that the United Kingdom’s adoption of the UN’s migration pact “all but violates” the government’s pledge to cut immigration.

On Monday, the UK and 163 other nations committed themselves to the United Nations’ Global Compact for Safe, Orderly and Regular Migration — the first attempt at the “global governance” and institutionalisation of migration.

The UK’s delegate at the UN conference in Marrakesh, Morocco, the Foreign Office’s minister of state Alistair Burt heralded the compact, claiming it “tackles” illegal immigration.

Migration Watch UK fired back at the assertion, saying, “This is the wrong move. The word ‘control’ does not appear in the final text of the Compact.”

“The Government committed, 3 times in election manifestos, to reduce immigration by a lot (a goal supported by 73% of the public according to one poll).

The Government committed, 3 times in election manifestos, to reduce immigration by a lot (a goal supported by 73% of the public according to one poll). How is signing a Compact which binds the UK into ‘enhanc[ing] the availability… of [migration] pathways’ compatible with that?

“How is signing a Compact which binds the UK into ‘enhanc[ing] the availability… of [migration] pathways’ compatible with that?”

Alp Mehmet, Vice Chairman of Migration Watch UK, told Breitbart London, “This Compact is misguided and one that the UK should not have signed.

“No government serious about reducing migration should be committing to it. As for our government, by signing up to the Compact, they are all but violating a manifesto promise to reduce immigration substantially.”

Migration Watch UK outlined in a briefing document published late November that the UN’s pledge “would stand in direct contradiction to the government’s three election manifesto commitments to reduce the level of net migration from the current 270,000 per year to less than 100,000.”

The document added, “The Compact appears to have been drafted by diplomats whose aim seems to be to ‘normalise’ mass immigration from the developing world to the West at a time when the public are very clear that they find the scale and pace of such flows to be unsustainable and unacceptable.

“The Government needs to reconnect with voters and demonstrate that they are serious about honouring their election promise.”

The think tank also urged the Government to debate a petition calling for the UK to not sign the controversial document, which has gained more than 125,000 signatures.
The compact aims to protect the “human rights and fundamental freedoms of all migrants”, and combat “xenophobia, racism and discrimination” towards migrants.

Critics have said that the compact will lead to media criticism of mass or illegal migration being made illegal, and while proponents claim the terms are not legally binding, European lawyers warn the wording exists in a “legal grey area” that could be used to interpret national laws.

Several eastern European countries as well as Israel and Australia pulled out of backing the compact in recent months following the lead of President Donald Trump who rejected the compact in December 2017, saying,“The global approach in the [UN] declaration is simply not compatible with U.S. sovereignty.”