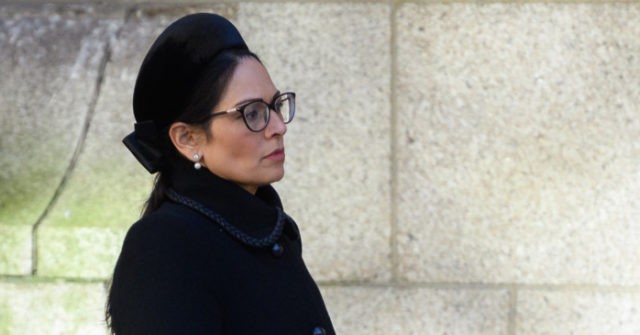 The UK’s Home Office — headed up by Conservative Party politician Priti Patel — is to demand that tech companies proactively censor “legal but harmful” content uploaded to their online platforms.

It comes as British politicians demand the internet be made safer for children through the implementation of the so-called ‘online safety bill’, which seeks to further criminalise speech online for those within the UK.

According to a report by the Financial Times, the Home Office is looking to force companies to proactively monitor for “harmful” content — even if that content is not considered illegal under British law — by making tech giants more accountable to Ofcom.

Under the media regulators rules, broadcasts involving the dissemination of hate speech are banned, with hate speech being defined as “all forms of expression which spread, incite, promote or justify hatred based on intolerance on the grounds of disability, ethnicity, social origin, gender, sex, gender reassignment, nationality, race, religion or belief, sexual orientation, colour, genetic features, language, political or any other opinion, membership of a national minority, property, birth or age”.

Tech giants that breach their duty of care under Ofcom’s watchful eye will soon reportedly be liable for fines of up to 10 per cent of their global turnover under the proposed measures, while tech bosses who refuse to comply with the regulator will also be liable for fines, and even possible jail time.

Priti Patel, along with the UK’s culture secretary Nadine Dorries, have both said that these new restrictions are needed in order to protect children.

“There is lots of content on social media that is illegal and harmful to children,” one Whitehall insider reportedly told the Financial Times. “We want to give Ofcom powers to require companies to mitigate harm on their platforms.”

However, the move has led to significant criticism from those concerned the law may harm freedom of speech.

“Governments and big tech are in collusion to restrict speech,” Laurence Fox of the Reclaim Party told Breitbart London. “With both seeking the other’s permission to define nebulous and subjective concepts such as harm and hate.”

An unnamed industry insider cited by the Financial Times compared the proposed measures to those in place within Communist China. He is claimed to have said: “This seems to go significantly beyond what is done in democratic countries around the world… It feels a bit closer to what they are doing in China.”

However, this criticism of the upcoming online safety bill has seemingly not prompted much concern for those in government.

“The home secretary has been clear that the internet cannot be a safe haven for despicable criminals to exploit and abuse people online,” a spokesman from the UK Home Office told the publication.

“We expect companies to remove and limit the spread of illegal content on their platforms,” the source continued. “Where they don’t, it is right they are held to account.”

Britain’s Conservative party government has also in the past refused to enshrine protections for freedom of speech in law, rejecting a petition calling for the implementation of a “free speech act” in 2018.

“The Government is committed to upholding free speech, and legislation is already in place to protect these fundamental rights,” a spokesman for Theresa May’s government claimed regarding the petition. “However, this freedom cannot be an excuse to cause harm or spread hatred.”