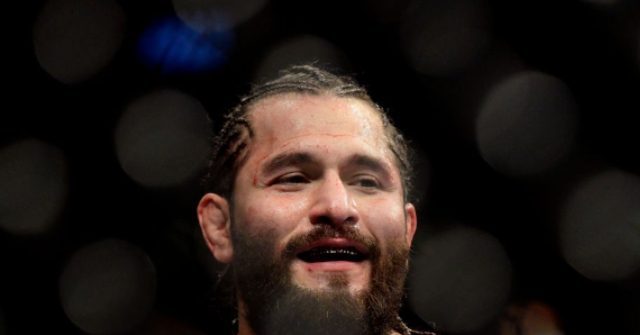 UFC welterweight Jorge Masvidal joined Donald Trump, Jr. on his “Fighters Against Socialism” bus tour, as part of the younger Trump’s campaign to reelect his father.

The tour made stops in Orlando, Coconut Creek, and Miami, Florida, and courted the vote of Hispanics, according to UFC news site BloodyElbow.com.

“Since I was about knee-high, I’ve been hearing about the horrors of communism and socialism,” Masvidal said during one of the stops. “We either reelect president Trump and keep America great again, or we let Joe Biden and the radical left take us down the slippery slopes of socialism and misery.”

“One of the things I see immediately — whether they call themselves socialists or not — is that this is the greatest country…because we have the greatest literature, which is the constitution,” Masvidal said. “And when people are trying to mess with the constitution, our amendments, I immediately hit the panic button. I start to get on the defense mode and start to think they are preparing for something much, much worse.”

Cuban American businessman Maximo Alvarez and Republican Senator Marco Rubio were also on the tour with Trump, Jr., and Masvidal.

The younger Trump’s bus tour was organized after his father was diagnosed with the Wuhan virus.