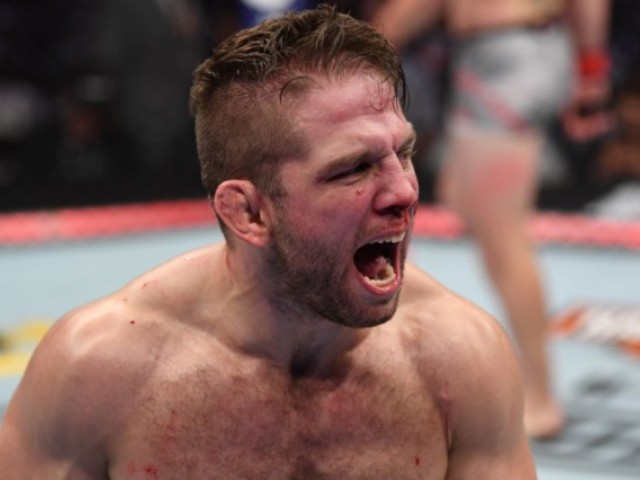 One never knows what emotional fighters will say after winning high-profile matches. Some will thank God, some will trash their opponents, and, as it turns out, some will pay tribute to newly sworn-in associate justices of the Supreme Court.

After his victory over Gray Maynard at UFC 229, fighter Nik Lentz not only gave Brett Kavanaugh a shout-out, he gave him a new nickname. While speaking with the UFC’s Joe Rogan after the fight, Lentz said: “First and foremost, I want to give a shout out to my homie Brett Kavanaugh. Way to go, Special K.”

@danawhite @joerogan
Nick Lentz is my new favorite UFC fighter!!!
He sends a shout out to Justice Kavanaugh!!! pic.twitter.com/WGPWDdrQGD

According to Fox News:

Lentz’s shout out to the new Supreme Court justice received jeers and some applause from audience members at T-Mobile Arena.

Kavanaugh was sworn in as a judge to the nation’s highest court after a contentious confirmation battle. Kavanaugh was accused of sexual assault by three women that nearly derailed his nomination. The accusations led to a second hearing before the Senate Judiciary Committee and a weeklong FBI probe.

The Senate voted to confirm Kavanaugh by a final vote of 50-48.