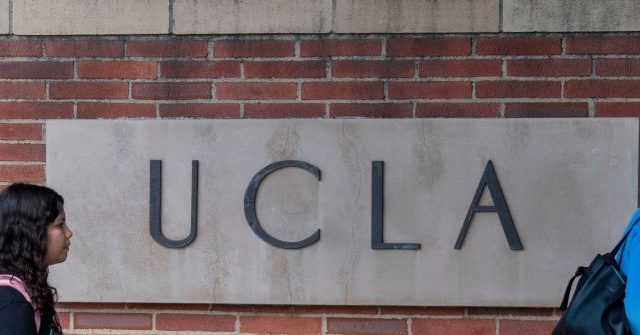 UCLA went to virtual classes on Tuesday after an ex-lecturer and postdoctoral fellow issued a video clip referencing a mass shooting.

The message also included an 800-page manifesto containing threats to those in the philosophy department on Monday, the Los Angeles Times reported:

Several emails from department leaders and obtained by The Times inform students and faculty that Matthew Harris made threats toward the philosophy department and people in it. In some of the emails, sent over the course of Monday evening, department heads recommend moving to virtual learning, and multiple instructors did so, alerting students that in-person classes would not be held.

A campus alert said authorities did not have “specific information” he was in California, but early Tuesday, those within the UCLA community were told the individual who made the threats was “under observation” and not in the state.

UCPD is actively working with out-of-state & federal agencies on threats sent to some members of our community. We do not have specific information that this individual is in CA. Out of an abundance of caution, all classes will be held remotely Feb 1. We will keep you updated.

Out-of-state law enforcement has confirmed the person who made threats to UCLA is under observation & not in CA. Classes will remain remote today.

Harris’ Youtube page reportedly showed over 300 clips, most of which were posted on Monday. However, by midnight it showed a message noting the account was terminated. The Times article said:

A video titled “UCLA PHILOSOPHY (MASS SHOOTING)” was posted Sunday and contained disturbing imagery, including footage of the 2017 mass shooting at a Las Vegas music festival and clips from the 2003 movie “Zero Day,” which is loosely based on the Columbine High School mass shooting.

Fox 11 shared clips of Harris’ videos and reported he spoke about psychological warfare being waged against him and “liking little girls,” the outlet said:

The Times obtained part of a copy of the man’s email to the philosophy department and said Harris referenced race and shared links to the manifesto and video clips, including the one appearing to threaten the shooting.

“da war is comin,” the man wrote, according to the newspaper. “forward dis [expletive] to our tha goldhead caucasoid princess.”

Students expressed concern about the situation:

Harris was put on leave in 2021 as campus officials looked into reports he allegedly sent a clip with pornographic content to one of the university’s students.

“His term as a postdoctoral fellow was set to end in June,” the Times article said.