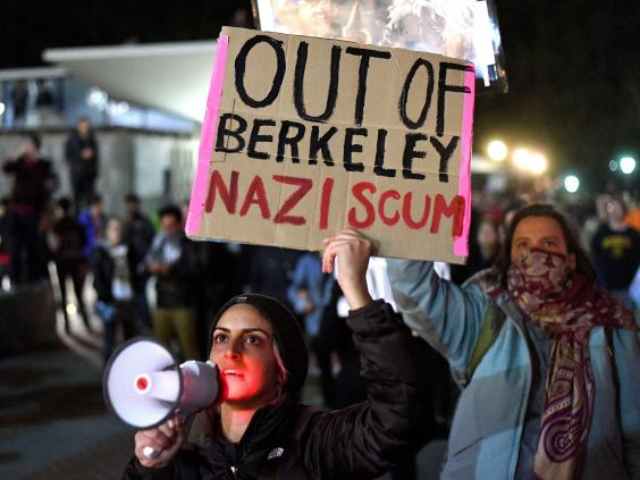 The University of California Berkeley student government voted to financially fund the migrant caravan in a resolution passed by the student senate on Wednesday night.

The Associated Students of the University of California (ASUC) voted for “financially contributing to [migrants’] legal fees and health services” by immediately allocating $1,500 to the student organization Central Americans For Empowerment (CAFE).

Thereafter, the CAFE student group plans to appropriate those funds to the organization “Freedom for Immigrants,” an advocacy group for illegal immigration.

“The President of the United States closed all entry ports between Mexico and the United States to make a nationalist statement of power,” stated the resolution passed on Wednesday, “The United States, fueled by corporate greed, has strategically intervened in Central American politics and warfare.”

“Humans at the border are being attacked, and are being denied asylum, here in this country,” stated an individual who introduced herself as Arlette, a recent UC Berkeley graduate and co-founder of CAFE, “This is your one time to change — to actually represent [Central American] students, to actually care about their needs.”

The alumna added that she had been working with students, who could have been dedicating their time for studying, but instead, have been going to the border and soliciting funds for the caravan.

“That’s their health and mental health, that is being at, like, risk,” stated the alumna, “and if you guys pass this bill, it’s going to help them be able to focus, and to know that there’s money going to [the caravan].”

“Coming to a predominately white institution is not easy,” added a student who spoke out during public portion, “coming to this university is hard enough.”

“Y’all really prove time and time again that y’all don’t give a fuck about students of color,” added another student, “There are so many people within this university who would be, like — their mommies and daddies would be able to drop $1,500, but guess what? Our communities do not have that type of fucking money, okay? So $1,500 is not going to do shit to your fucking money that ya’ll have.”

Another student claimed that voting “no” on the resolution would perpetuate violence.

“US imperialism and white colonialism has been implemented in Central American countries,” said a teary-eyed student, adding that she would be ashamed to see anyone in the student senate vote against funding the migrant caravan.

“Who do you think you are to be silencing us?” She said in an emotional plea for a unanimous “yes” vote.

By the end of the four-hour meeting, the Senate unanimously voted “yes” to financially aid the “pursuit of asylum.”

The resolution will allocate funds toward the migrant caravan, as well as “task the Office of the External Affairs Vice President with phone-banking and lobbying” for “comprehensive immigration reform” and “ending the violent practices of [US] border patrol agents.”