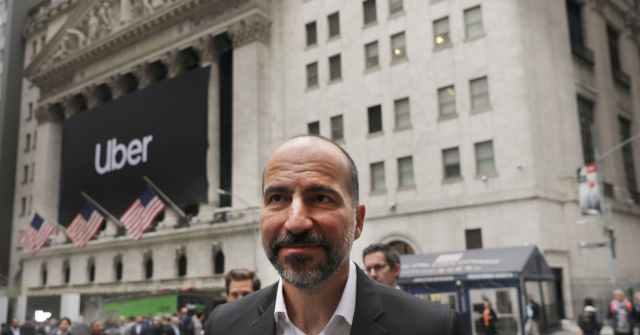 Uber Eats is offering free delivery from black-owned restaurants for the rest of the year as part of the company’s response to the #BlackLivesMatter protests that have engulfed major cities during the past seven days. But questions about the promotion’s legality have arisen, with some experts saying that it violates civil rights laws.

The ride-sharing company also said that it will offer discounted rides to black-owned small businesses in the weeks ahead.

You asked for a way to find Black-owned restaurants on Uber Eats. 🖤 We listened.

You can support and order from Black-owned restaurants across the US & Canada with a $0 Delivery Fee. See app for terms & availability. pic.twitter.com/J2CBMJMfXN

Uber Technologies said that it will also donate $1 million to the Equal Justice Initiative and the Center for Policing Equity . “We know this isn’t enough. It won’t be enough until we see true racial justice,” Uber CEO Dara Khosrowshahi said in a statement.

This is not only pandering but it violates California’s Unruh Act & other civil rights laws. You know what? Restaurants are owned by, hire, & serve ALL kinds of people, & they ALL have rights to equal protection & freedom from discrimination. Try harder. https://t.co/eAw1nOMwwa

Uber said that it will offer discounted rides to black-owned small businesses in order to assist in their recovery from the Chinese virus.

The company warned users that it doesn’t tolerate racism, harassment, or discrimination of any kind on its platform. “I respectfully ask anyone not willing to abide by these rules to delete Uber,” Khosrowshahi said.