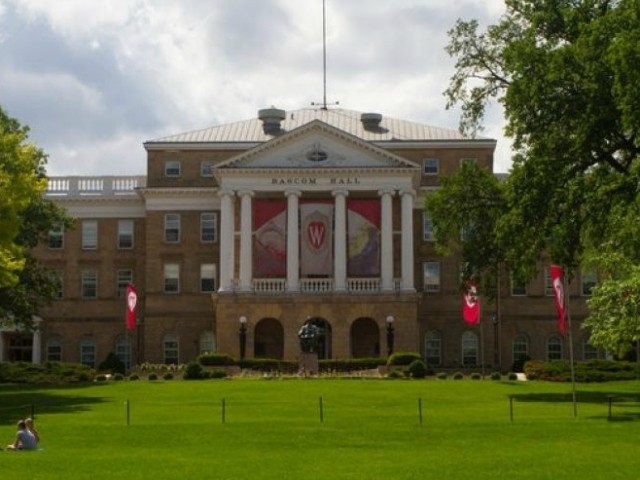 The University of Wisconsin-Madison is offering a course this winter on the American Presidency that describes Donald Trump as a “spectacularly unqualified” president who “poses an overt threat to the Republic.”

In his 10-page syllabus, leaked by a student in the class and shared by the attentive folks at the College Fix, Professor Kenneth Mayer describes Mr. Trump as both divisive and amateurish.

“We are 2 years into the most (how shall we put it?) unconventional presidency in American history, with a president who gleefully flouts the norms of governing and presidential behavior that have structured the office since George Washington,” the course syllabus begins.

“To his supporters, this is not a bug, but a feature, and they rejoice in his contempt for what they insist is a corrupt D.C. establishment. If elites are against it, Trump’s supporters are for it,” the text continues.

“To others, he is a spectacularly unqualified and catastrophically unfit egomaniac who poses an overt threat to the Republic,” the professor states, suggesting that this is the rational view of the president.

Not only that, the syllabus adds that other “shoes are almost certain to drop, and evidence continues to emerge of ongoing contacts and engagement between Trump Campaign officials and Russian intelligence assets and government officials.”

McKenna Collins, the student who leaked the syllabus, took issue with the heavy-handedness which the professor treats Trump supporters.

“His one-sided, lengthy articulation of the anti-Trump position in the syllabus stands in stark contrast to the feeble, effortless explanation he offers for the pro-Trump position,” Collins said. “His choice of language serves only to set a negative, partisan tone about the subject matter before students even set foot in the classroom.”

“The professor’s implicit bias against Trump supporters has robbed students of the opportunity to think objectively about the subject matter and formulate their own opinions,” she said.

According to UW-Madison spokesperson Meredith McGlone, however, the professor is above partisan politics and analyzes the political situation in an unbiased fashion.

“Ken Mayer is a popular instructor and award-winning presidential scholar who leaves his political opinions at the classroom door and asks his students to do the same,” she told the College Fix.

“At a time of perhaps unprecedented political polarization, he balances the readings for this class to represent both conservative and liberal views and encourages students to draw their own conclusions based on evidence and thoughtful debate,” she said.

Professor Mayer also proposes to treat the question of impeachment during the course, especially as regards the Trump presidency.

“And, finally, we must consider the question of how presidencies end (or are ended). Two presidents have been impeached but not convicted (Andrew Jackson and Bill Clinton), and one forced from office (Richard Nixon),” the syllabus states.

“Impeachment is an extraordinary remedy. Are we in that territory?” it asks.