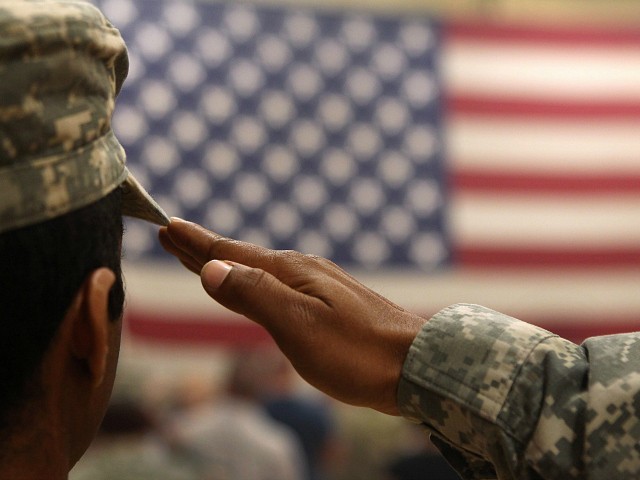 American troops deployed as part of the U.S.-led international coalition fighting to ensure the enduring defeat of the Islamic State (ISIS/ISIL) in Iraq and Syria may be allowed a moment’s respite from war to contact their families and mark Independence Day on July 4.

Asked how American troops will mark the birth of the United States in a war zone, a spokesperson for Operation Inherent Resolve (OIR), the name of the U.S.-led mission against ISIS, told Breitbart News:

The strength of the 80 member Coalition of the Combined Joint Task Force-Operation Inherent Resolve continues the enduring defeat of Daesh seeking to enable citizens in Syria and Iraq freedom from the threats posed by [ISIS].

Morale, Welfare, and Recreation facilities are available to many of our service members. We encourage troops from all countries to make time to talk to friends and family, especially during holidays. While the mission comes first, we try to allow our members to remain connected with their communities when possible.

As far as where the threat against U.S. troops in Iraq and Syria stands, OIR told Breitbart News, “We do not discuss current force protection measures, and we do not comment on potential threats.”

Although local forces backed by the U.S.-led coalition took back all the territory once held by ISIS across Iraq and Syria, the jihadi group remains a prominent threat, according to U.S. military and intelligence officials.

Currently, an estimated 5,200 U.S. troops are in Iraq and about 2,000 more in Syria. Since May, U.S. President Donald Trump has approved the deployment of 2,500 more American service members to the Middle East to deal with the growing Iranian threat.

In the days leading up to the Fourth of July, ISIS threatened to attack targets inside the United States. Federal authorities have warned law enforcement officers across the country to remain vigilant for possible attacks at the hands of “homegrown” terrorists influenced by the jihadi group and its rival al-Qaeda.

This year, U.S. President Donald Trump is hosting a “Salute to America” event to mark Independence Day in Washington, DC. The event, which will feature military hardware like warplanes and tanks, is intended to honor U.S. troops.

U.S. troops in Afghanistan, where the war is still raging, did not respond to Breitbart News requests for comment on how American service members will mark Independence Day there.