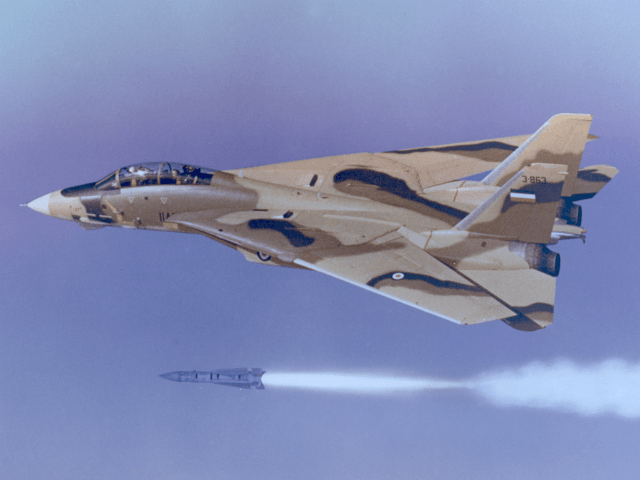 (UPI) — The United States has threatened to impose sanctions against any individual or entity that contributes to Iran’s conventional weapons program while rejecting the expiration of a United Nations arms embargo on Tehran.

The decade-long embargo — which was part of a landmark 2015 nuclear deal that President Donald Trump withdrew the United States from in 2018 — expired Sunday despite U.S. efforts over the summer to have it extended by the U.N. Security Council.

Tehran heralded Sunday as “a momentous day for the international community” as the end of the embargo will allow for the “normalization of Iran’s defense cooperation with the world.”

“As of today, the Islamic Republic of Iran may procure any necessary arms and equipment from any source without any legal restrictions and solely based on its defensive needs and may also export defensive armaments based on its own policies,” Iran’s foreign ministry announced in a statement, adding that “unconventional arms, weapons of mass destruction and a buying spree of conventional arms have no place” in its defense policy.

The United States has rejected the expiration, stating it re-imposed all U.N. sanctions against Iran, including the arms embargo, last month after trigging a so-called snapback mechanism under a U.N. resolution despite no longer being a member to the Obama-era multination nuclear accord that aimed to prevent Tehran from developing an atomic bomb.

U.S. Secretary of State Mike Pompeo issued the threat in a statement Sunday, stating the United States is prepared “to use its domestic authorities to sanction any individual or entity that materially contributes to the supply, sale or transfer of conventional arms to or from Iran, as well as those who provide technical training, financial support and services and other assistance related to these arms.”

“For the past 10 years, countries have refrained from selling weapons to Iran under various U.N. measures,” Pompeo said. “Any country that now challenges this prohibition will be very clearly choosing to fuel conflict and tension over promoting peace and security.”

The United Nations has said the Trump administration did not have the power to initiate the snapback process and Britain, France and Germany have said the United States lacks the legal foundation to invoke the mechanism.

Dmitry Polyanskiy, Russia’s ambassador to the United Nations, said in response to Pompeo’s Sunday threat that the United States should court dialogue with the Middle Eastern country instead of aggression.

“Please change words ‘sanctions’ and ‘punishment’ in your vocabulary to ‘dialogue’ and ‘engagement,’” he tweeted. “That would help a lot! Make U.S. respected again!”

Now that the embargo has expired, Tehran said it will support the United States’ adversaries with arms sales, Iran’s state-run Press TV reported.

“Many countries have already talked to us,” Iran’s Defense Minister Brig. Gen. Amir Hatami said in a televised interview on Sunday. “We have held negotiations with some countries and the grounds are totally prepared for exchanges [of weapons] both for selling [arms to countries] and for supplying certain needs.”

He added that their sale of weapons would be greater than their acquisition of them.

Both the EU and Britain maintain their own arms embargoes against Iran.

Tensions between the United States and Iran have skyrocketed since Trump withdrew from the Joint Comprehensive Plan of Act claiming it was defective at its core and slapped sanctions against Iran.

The conflict reached its height early this year when the Trump administration assassinated Iran’s Gen. Qassem Soleimani in a drone strike. In retaliation, Tehran fired missiles at two U.S. military bases in Iraq. Then, amid a heightened state of readiness fearing U.S. retaliatory measures, Iran shot down a Ukrainian airliner, killing all 176 on board, near Tehan.