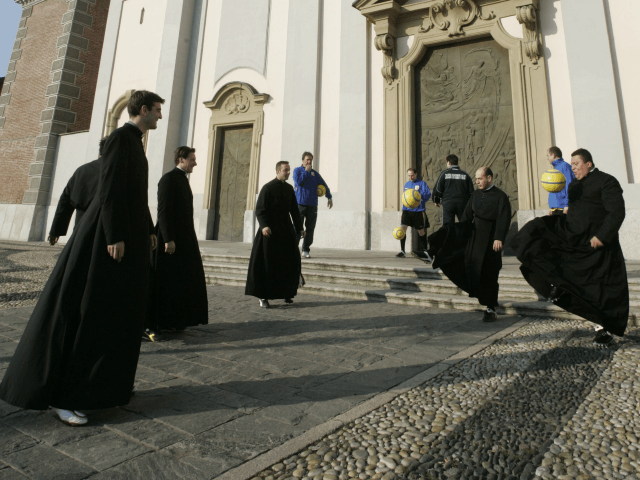 A prominent U.S. theologian said this week that recent revelations about clergy sex abuse will ignite “a #MeToo movement about homosexual abuse” both in seminaries and among priests.

“It won’t be easy for men to come forward — they are likely mortified that they submitted to the vile approaches made to them,” she told the National Catholic Register. “We will need some mechanism for reporting that does not endanger their privacy and protects them from retaliation.”

Last August 25, the Vatican’s former ambassador to the United States accused Pope Francis of reinstating Cardinal Theodore McCarrick to a position of prominence despite knowing of McCarrick’s serial homosexual abuse of priests, seminarians, and laypeople, including minors.

Archbishop Carlo Maria Viganò released an 11-page affidavit  alleging that Pope Benedict had imposed “canonical sanctions” on Cardinal McCarrick in 2009-2010, but that Pope Francis later lifted these sanctions and made McCarrick a close personal advisor.

Cardinal McCarrick enjoyed a “long friendship with Cardinal Bergoglio”—Pope Francis—and played an “important part” in his 2013 election, the archbishop claimed, which led the pope to continue using McCarrick as a trusted aide in the naming of bishops even after learning of his misdeeds.

Viganò stated that he personally informed the pope of McCarrick’s abuse on June 23, 2013 and yet Francis “continued to cover for him.”

“He followed the advice of someone he knew well to be a pervert, thus multiplying exponentially with his supreme authority the evil done by McCarrick,” he said. “And how many other evil pastors is Francis still continuing to prop up in their active destruction of the Church!”

In his report, Viganò tied both the abuse crisis in the Church as well as coverups by bishops to an extensive “homosexual network” in the Church.

“These homosexual networks, which are now widespread in many dioceses, seminaries, religious orders, etc., act under the concealment of secrecy and lies,” he declared, “and strangle innocent victims and priestly vocations, and are strangling the entire Church.”

As an example, Viganò stated that former Vatican Secretary of States Cardinal Tarcisio Bertone insistently presented “candidates known to be active homosexuals” for the episcopate and withheld compromising information on candidates from then-Pope Benedict XVI.

The archbishop also claimed that Chicago’s Cardinal Blase Cupich is “blinded by his pro-gay ideology.”

“Regarding Cupich, one cannot fail to note his ostentatious arrogance, and the insolence with which he denies the evidence that is now obvious to all: that 80% of the abuses found were committed against young adults by homosexuals who were in a relationship of authority over their victims,” Viganò said.