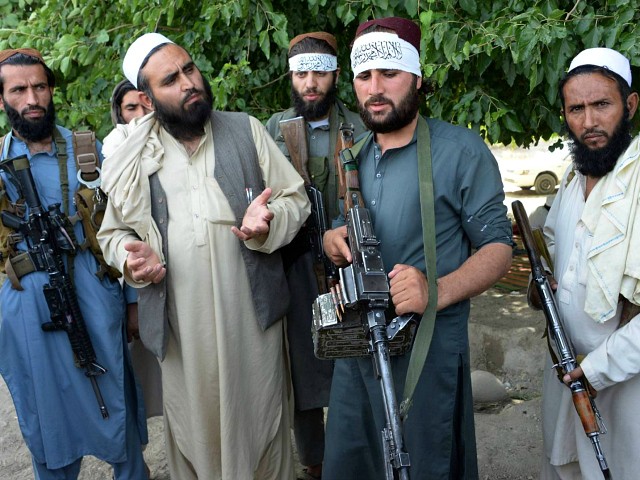 The United States and the Taliban, in a move described as unprecedented, reportedly agreed to participate in the second round of negotiations to end the more than 17-year-old war in Afghanistan on Friday.

The Taliban said the talks will be aimed “on finding a peaceful solution to the Afghan quandary and ending American occupation.”

Last year, the U.S. and the Taliban reportedly refused to attend the first meeting Moscow hosted.

Citing anonymous Russian diplomats, AA notes, “The President of the Islamic Republic of Afghanistan, Mr. [Ashraf] Ghani, decided to send a delegation of the country’s High Peace Council to the meeting. For the first time, a delegation from the Taliban’s Political Office in Doha will participate in an international meeting of this level.”

An unnamed source told the National that Kabul snubbed the event, choosing instead to send the members from the country’s independent High Peace Council (HPC), who “will be attending the talks in their own capacity.”

Although the United States had initially declined to attend, reportedly citing “the absence of significant results of the first meeting in Moscow regarding the Afghan peace process,” Voice of America (VOA) quotes the Trump administration as saying they will travel to Moscow for the conference.

“The United States and the Taliban are both set to attend for the first time a multilateral conference Russia will host Friday in Moscow to discuss how to achieve peace and national reconciliation in Afghanistan,” VOA reports.

On Wednesday, an unnamed spokesperson for the U.S. State Department reportedly confirmed that, in coordination with Kabul, the U.S. embassy in Moscow “will send a representative to the working level to observe the discussions.”

Maria Zakharova, a spokeswoman for the Russian foreign ministry, revealed on the eve of Friday’s conference that delegates from 12 countries, including the United States, will attend the second “Moscow format consultations.”

Russia hopes to facilitate a “conducive atmosphere for bilateral or multilateral dialogue formats” to promote a negotiated solution to the Afghan problem as soon as possible,” she stressed.

China, Pakistan, Iran, India, Uzbekistan, Kyrgyzstan, Tajikistan, Afghanistan, Kazakhstan, and Turkmenistan are among the countries expected to participate in the event. The U.S. military has accused Iran, Russia, and Pakistan of backing the Taliban.

The Taliban has confirmed that it will send representatives to Moscow.

In a November 6 statement, the jihadi group said, “It is a conference about holding comprehensive discussions on finding a peaceful solution to the Afghan quandary and ending American occupation. The Islamic Emirate [the Taliban] will also give a detailed speech and clarify its views and policy about all aspects of the issue, including restoring peace and security.”

On Thursday, Zabihullah Mujahid, a spokesman for the Taliban, revealed that a five-man delegation would participate in the conference, stressing, “There will not be any sort of negotiations taking place with the delegation of Kabul administration.”

The Taliban has long refused to engage in negotiations with Kabul directly, arguing that it is a puppet government.

In a statement issued on Monday, Kabul blasted the upcoming meeting, saying it would not join the Moscow-hosted talks.

“Our agreement with the Russians is that this meeting should lead to direct talks between the Afghan government and the Taliban,” Sibghat Ahmadi, a spokesman for the Afghan foreign ministry said, according to the National. “However, only a group of people were invited and that reflects the intention of Taliban who are not yet willing to negotiate peace with the government.”

Nevertheless, VOA quotes the Trump administration as saying the U.S. will attend in coordination with Kabul.

Zakharova revealed that the Taliban’s five-member delegation would come from its Qatar-based “political office.”

At the end of October, Mujahid noted that the five high-level Taliban members transferred from the American prison in Guantánamo to Qatar in exchange for U.S. Army deserter, Sgt. Bowe Bergdahl will be among the group’s representatives negotiating peace from Qatar.

The Moscow meeting comes amid intensified efforts by the Trump administration to pressure the Taliban to engage in peace talks with Kabul.

Marking a significant shift in U.S. policy long sought by the terrorist group, the Trump administration has engaged in direct negotiations with the Taliban to end the war.

U.S. Secretary of State Mike Pompeo has suggested that the presence of U.S.-NATO-led troops is up for discussion.

The Trump administration has made “reconciliation” between the Taliban and Kabul the primary goal of its Afghan war strategy.