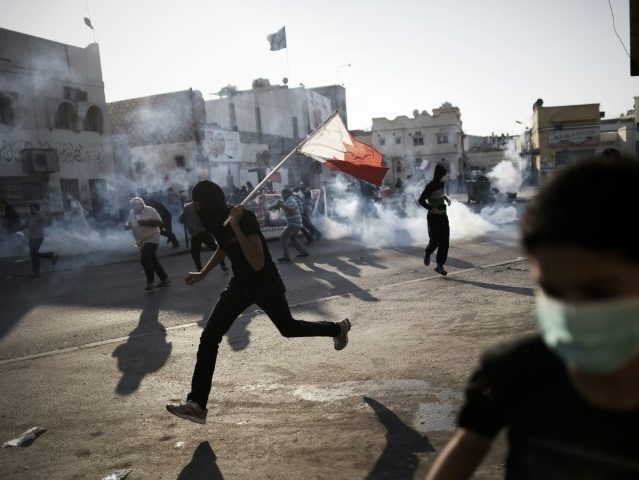 At a press briefing on Tuesday hosted by spokeswoman Heather Nauert, the State Department emphasized how much support Iran provides to terrorist organizations such as Hezbollah and Hamas.

Ambassador-at-Large and Coordinator for Counterterrorism Nathan Sales noted that Iran spends almost a billion dollars a year on terrorism, firmly securing its position as the “leading state sponsor of terrorism” even as Iranian leaders complain about the impact of U.S. sanctions on their tottering economy.

“Iran spends $700 million a year on Lebanese Hezbollah. It gives another $100 million to various Palestinian terrorist groups, including Hamas. Combined with the money that Tehran provides to other terrorists, the total bill comes close to $1 billion a year,” Ambassador Sales said.

“Sadly, it is the Iranian people who are forced to pay this price,” he added. “The resources that Iran uses to fund its global terrorist ambitions are resources that come directly out of the pockets of everyday, average Iranians. The regime robs its own citizens to pay its proxies abroad.”

Evanoff said Aruri is “currently living freely in Lebanon” and reportedly works directly with Iran’s Islamic Revolutionary Guard Corps (IRGC), the wing of the Iranian military commanded by the ayatollahs. Aruri has been linked to numerous terrorist actions, including the abduction and murder of dual U.S.-Israeli citizen Naftali Frenkel in 2014.

Sales noted Hezbollah’s designation as a foreign terrorist organization is up for a mandatory five-year review but will be maintained.

“All told, the Trump administration has already designated more than 40 Hezbollah-related individuals and entities this year alone, with a total of 160 to date,” he reported.

“The actions we’re announcing today are one more step in our campaign to build the toughest sanctions regime ever imposed on Iran. More sanctions are coming, and they will continue until Iran and its proxies change their behavior,” Sales promised.

“Iran must follow the same rules that every other civilized nation follows and renounce terrorism as a basic tool of statecraft. We will continue to ratchet up the pressure until Iran joins the community of civilized nations and ceases its support for murder and mayhem around the globe,” he said.

Sales also had strong words for the government of Lebanon, which he criticized for allowing terrorists to live comfortably and operate freely. He said it was “intolerable” for any senior Hamas leader to “enjoy freedom of movement in any country.”

Evanoff warned that Iran-backed terror groups are spreading their influence across the Middle East, as in the case of Hezbollah’s branch in Iraq, which is openly in command of “Popular Mobilization Force” militia units sanctioned by the government in Baghdad.

“They seek to destabilize the regions where they’re active. They have access to weapons and training provided by Iran. They receive funding from Iran,” Evanoff said of these groups.

Sales refused to comment on media speculation that the Trump administration might designate the Houthi insurgency in Yemen a foreign terrorist organization supported by Iran, but he said it was “intolerable that the Houthis are launching Iran-origin munitions into Saudi Arabia.”

“We expect that any country will abide by the standard rules that apply to the international system, one of the most basic of which is do not lob missiles at your neighbors,” the ambassador said drily.

Sales said one of the Trump administration’s top goals is to deprive Iran of the “resources they need to commit terrorism and acts of violence around the world.”

Reporters asked Nauert to comment on Iraqi official statements that their country is too heavily dependent on Iranian gas, oil, and electricity to abide by U.S. sanctions after the temporary waiver granted to Iraq expires in 45 days.

Nauert cited the shortage of electricity in southern Iraq over the summer, accompanied by political unrest in the region, as one of the reasons a waiver was granted.

“We’re confident that this waiver will help Iraq limit its electricity shortages into the south. I’m not going to get ahead of any of the decisions or actions that we might take in the near future, but 45 days we think is important. We’ll continue to discuss this with Iraq,” she said.