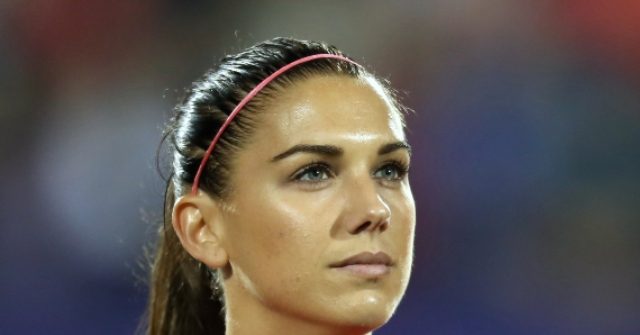 U.S. Women’s National Team (USWNT) star Alex Morgan told reporters on Friday morning that whether or not to attend the White House after the World Cup, will be a team decision. Though, from listening to her comments, it sounds like the team may have already made the decision.

“I think we will make that decision after we finish Sunday’s game,” Morgan said according to Reuters.

However, Morgan then made it seem as though that decision was already made.

“I think there has been a lot of talk, prematurely, about the White House and about Trump but first we have to do business and then I think you guys know the answer to the question anyways.”

It certainly would come as no surprise if the USWNT declined the White House invite. Last week, fellow USWNT star Megan Rapinoe defiantly and profanely made it clear in an interview with Eight by Eight Magazine, that she had no intention of meeting President Trump.

“I’m not going to the fucking White House.” – @mPinoe pic.twitter.com/sz1ADG2WdT

In what must have come as somewhat of a surprise to Rapinoe, the president responded by inviting her and the entire team — win or lose.

However, the anger towards President Trump continued to flow from the U.S. women. Defender Ali Kreiger accused Trump of being angered by women he “cannot control or grope.”

“In regards to the ‘President’s’ tweet today, I know women who you cannot control or grope anger you, but I stand by (Rapinoe) & will sit this one out as well,” Krieger wrote on Wednesday, USA Today reported.

“I don’t support this administration nor their fight against LGBTQ+ citizens, immigrants & our most vulnerable,” the defender added.

Morgan emphasized the team aspect of the decision process by saying that she couldn’t foresee a situation where some players go to the White House and others wouldn’t.

“I can’t say 100 percent, but this team is very close and we have always made decisions together so I can’t really see us deciding to part in that way but at the same time if someone feels strongly then who are we to tell them to do or not do something,” she explained.

The USWNT takes on The Netherlands in the World Cup finale on Sunday morning.