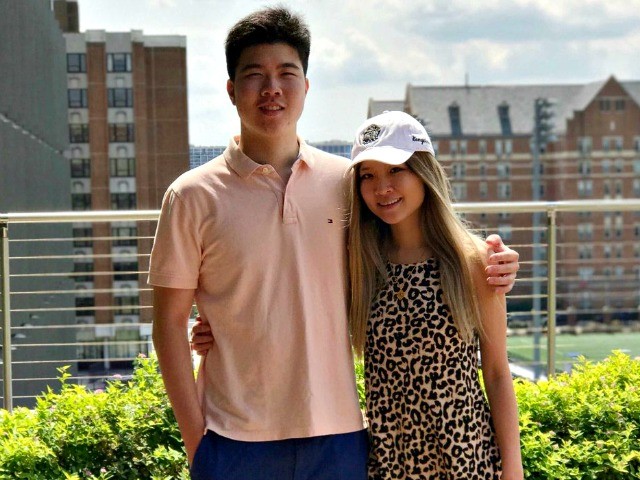 The Trump administration is advocating for the Chinese government to allow two young Americans trapped in the communist country to return home on the eve of President Donald Trump and other American officials meeting with Chinese dictator Xi Jinping at the G20 summit in Argentina.

The most recent high-profile mention of the plight of Victor Liu, 19, his 27-year-old sister Cynthia, and their mother, Sandra Han, occurred on Twitter, where Trump’s National Security Adviser John Bolton said they should be allowed to come home.

These Americans need to be allowed to return home. https://t.co/m9aOvYvPER

Unnamed U.S. authorities have said the federal government is working with the siblings to gain their release, according to CNN. Han, who accompanied her children on a trip to China in June to visit a relative, is believed to be detained in a so-called “black jail,” according to the New York Times.

Chinese officials put the so-called “exit ban” in place for the siblings in an effort to force their father Liu Changming to return to China, where he stands accused in a $1.4 billion fraud case connected to a state-run bank where he once worked.

The siblings claim their father cut ties with his family in 2012, according to the Times.

In a statement provided to CNN, the Liu family’s lawyer, Washington-based David Pressman, said: “Out of concern for the security of these young Americans, we will refrain from public comment as we continue our efforts to constructively and directly engage the Chinese government to allow them to return home.”

Representatives for the Liu family are hopeful Trump will raise their case with Xi. The US State Department official told CNN they were in “close contact” with Victor and Cynthia Liu and were providing consular assistance as appropriate.

“We routinely have shared our concern about China’s use of exit bans on American citizens with the Chinese government and will continue to do so until we see a transparent and fair process,” the state department official told CNN.

According to the Times, which reported about the family’s plight on Sunday, Victor Liu was scheduled to start his second year at Georgetown University in Washington, DC, and Cynthia Liu was to start a job in New York when she returned from China.

“Speaking at a press conference on Monday, Chinese Ministry of Foreign Affairs spokesman Geng Shuang said all members of the Liu family have ‘valid Chinese citizenship identity documents’ and were subject to Chinese laws,” CNN reported.

“They are suspected and involved in financial crimes and restricted from leaving the country according to law,” Shuang said. “I want to repeat that China is a lawful country.”

“Chinese judicial authorities will deal with the case according to law,” Shuang said.

In January, the State Department issued a travel warning, saying the practice posed risks to foreigners in China. Last month, Secretary of State Mike Pompeo criticized the bans during a visit to China, and this month he mentioned the Liu family to a top Chinese foreign policy official, Yang Jiechi, at a meeting in Washington.

The Times obtained a letter that Cynthia Liu wrote to Bolton, which said, in part: “We are being held here as a crude form of human collateral to induce someone with whom I have no contact to return to China for reasons with which I am entirely unfamiliar.”

The Times noted that Victor Liu was born in the United States and enforcing an exit ban against a U.S. citizen is “rare.”

‘The police from Guangzhou, the southern provincial capital where the father worked, have taken Ms. Han, 51, to a hotel several times to meet with an American consular officer,” the Times reported.

The family lives in Massachusetts and senators from that state, including Democrat Sens. Elizabeth Warren and Edward J. Markey and Rep. Joseph P. Kennedy III, have asked the federal government to act to bring the family back to the United States, according to the Times.

“Our office is aware of Victor’s, Cynthia’s and Sandra’s situations and is deeply concerned,” Markey’s office said in a statement. “We are working to secure their safe return and continue to be in touch with U.S. officials to ensure a positive outcome.”