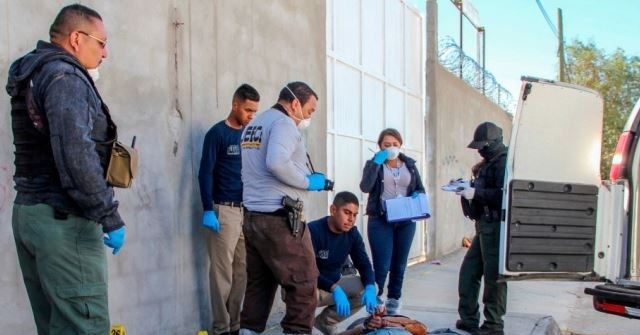 This security, alert issued on November 8, goes into effect immediately and cites a marked increase in criminal activity throughout the city of Chihuahua. The criminal activity noted is due to a spike in cartel-related activity and associated violence due to turf wars between rival cartels and aligned criminal gangs, according to local law enforcement sources.

In July of 2018, the U.S. consulate in Ciudad Juárez issued a similar security alert prohibiting U.S. government employees from traveling into downtown Ciudad Juárez without advance permission. The government cited a marked increase in homicides throughout the city. These included an increase in shootings in the highly frequented downtown area during daylight hours.

Breitbart Texas reports regularly on the cartel-related violence in the border state of Chihuahua. The Mexican state abuts the U.S. states of Texas and New Mexico. Most of the violence centers in Ciudad Juárez, situated across the international border from El Paso; the city of Chihuahua, located in the center of the state approximately 225 miles south of Ciudad Juárez; and Ciudad Cuauhtémoc, 65 miles east of Chihuahua.

The security alert reads as follows:

Because of a marked increase in criminal activity throughout the city of Chihuahua, U.S. government personnel are restricted from traveling to the city of Chihuahua until further notice. The U.S. Consulate will continue to monitor the security situation and will update the Travel Advisory accordingly.

Homicides by Month in the city of Chihuahua:

As of the morning of November 8, officials report 296 homicides registered in the city of Chihuahua. Ciudad Juarez reported 1,299. The entire state of Chihuahua compiled, 1777 homicides so far this year.