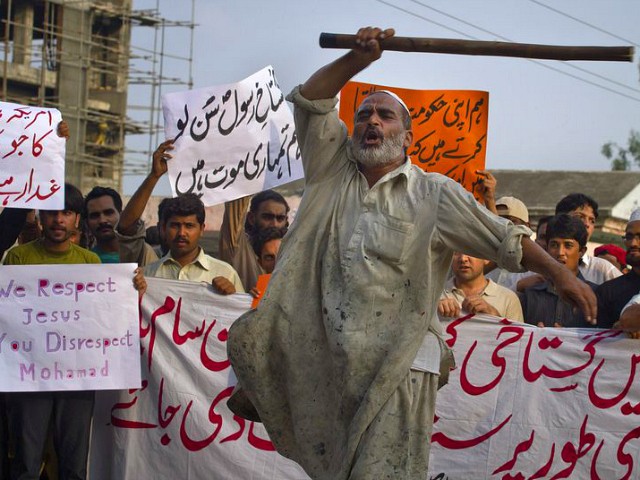 The report, titled “Limitations on Minorities’ Religious Freedom in South Asia,” tracks religious freedom variations in Pakistan, India, Nepal, Sri Lanka, and Bangladesh, finding them all lacking in enforcing religious freedom protections, even when these exist under federal law. Pakistan, an officially Islamist country, and India, which has experienced a surge in Hindu extremism, are home to the most egregious violations mentioned in the study.

The U.S. State Department designated Pakistan a “Country of Particular Concern” on Tuesday for its religious freedom violations under the International Religious Freedom Act of 1998, which also created the USCIRF. The designation is expected to trigger sanctions on the nation, which appears on the list for the first time after being added to the “Special Watch List” last year.

The USCIRF’s findings appear to support the State Department’s decision. The report notes that private actors commit many violations of religious freedom, but often do so with impunity. Forced marriages are high on the list of those violations.

“The Pakistani media has featured many stories with a similar series of events: a Muslim man will kidnap, sexually assault, forcibly convert, and then forcibly marry a young Christian or Hindu woman, often with the collusion of state officials, such as the police and religious leaders, and neighborhood imams,” the report reads.

On the issue of forced marriage, intended to eradicate the Christian population through conversion, the report notes that some Pakistani politicians attempted to pass laws to protect Christian and Hindu women, which make up most of the religious minority population of the country. A proposed law in 2016 would have “criminalized the forcible conversion of religious minorities,” but the governor of Sindh province, where the law originated, “refused to assent to the law and therefore it stands unimplemented or enforced.”

Governors in Pakistan who have supported measures to prevent the violation of religious rights have suffered extreme consequences. In a notable 2011 case, Salman Taseer, the governor of Punjab, publicly expressed disapproval of the use of the nation’s blasphemy law to sentence Asia Bibi, a Christian mother, to death. His bodyguard assassinated him and remains a hero among the Islamist political majority in the country.

Bibi was acquitted of blasphemy in November, after spending almost a decade in prison. She remains hidden in an undisclosed location because Islamist mobs rioted after hearing of her acquittal, freezing Pakistan’s commerce and education systems nationwide.

“In Pakistan, blasphemy laws, rather than anti-conversion laws, are used to criminalize conversion and proselytization and thereby limit the rights of religious minorities,” the USCIRF noted in their report this week. “Additionally, there is a prevalent, and increasing, problem of Muslims converting non-Muslims by force in Pakistan, yet Christians and Hindus who are actual victims of forced conversion to Islam have few legal remedies.”

“[M]ere accusations of blasphemy trigger the wrath of violent mobs that attack religious minorities with impunity or even with support from state actors, including the local police,” the report adds.

In India, the USCIRF found a different approach towards curbing the growth of minority religions. Instead of the widespread use of forced marriages, majority religious groups target interfaith couples and laws against forced marriages and forced conversion receive liberal use in cases widely believed to be consensual.

“Over the last several years, several public cases have involved false accusations against inter-faith couples related to forced conversion and marriage,” the report reads. “In the Hadiya case, a woman from a Hindu family converted to Islam and married a Muslim man in 2016. Her decision caused the National Investigation Agency (NIA), the national counter-terrorism investigative agency in India, to launch an investigation into whether she was being forced to convert and marry.”

Extremist mobs, in this case often Hindus, also attack these couples, facilitated by mandatory announcements on the marraiges.

“In many Indian states, mixed-faith couples seeking to marry or individuals applying to have their religious conversion certified by a court are required to publish their names on a publicly available docket,” the USCIRF reports. “Hindutva supremacist groups who monitor those dockets often exert social pressure on the couples directly through digital spaces or by threatening their family members directly.”