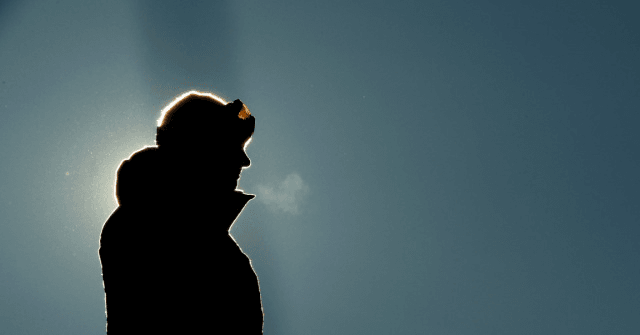 “Former snowboardcross rider Callan Chythlook-Sifsof, a member of the 2010 Olympic team, wrote in an Instagram post that in addition to taking the photos, Foley had made inappropriate comments, and that Kearney repeatedly used the N-word to ‘intentionally get under my skin,’” the Associated Press (AP) reported Saturday.

In the post on Friday, Chythlook-Sifsof said it was the third time a post had been removed by the social media platform for bullying, nudity, and sexual behavior:

In an earlier post this week, she accused Foley of taking naked pictures of women athletes for more than a decade.

“This is the truth. I will not carry this stuff around anymore, there was bizarre behavior across the board. The people I’ve named have overtly behaved toxically but the truth is the culture on the team protected this behavior. Things have been normalized that are not okay,” she claimed:

This week, Foley and Kearney were in China to participate in the Beijing Games.

“Veteran American snowboarders Lindsey Jacobellis and Nick Baumgartner, who won gold in the inaugural mixed team snowboard cross event on Saturday, defended Foley, while Baumgartner said he was ‘like a father’ to him,” the article read.

Foley expressed surprise upon hearing the news, according to the AP.

“I vehemently deny the allegations,” he said, adding, “I’m doing my best to concentrate on supporting the athletes at the Olympics.”

In social media post on Friday, Kearney addressed the situation and told followers to “Please read” his explanation.

“There was an argument during a van ride and I used that word in a joking context to aggravate Callan. It was an act of utter stupidity and disgusting behavior on my part,” he wrote:

“I apologized profusely to her in an effort not only to own up to the horrible word I used, but to salvage our friendship. Callan was reluctant to accept my apology, but she did and I was very grateful for that,” he said.