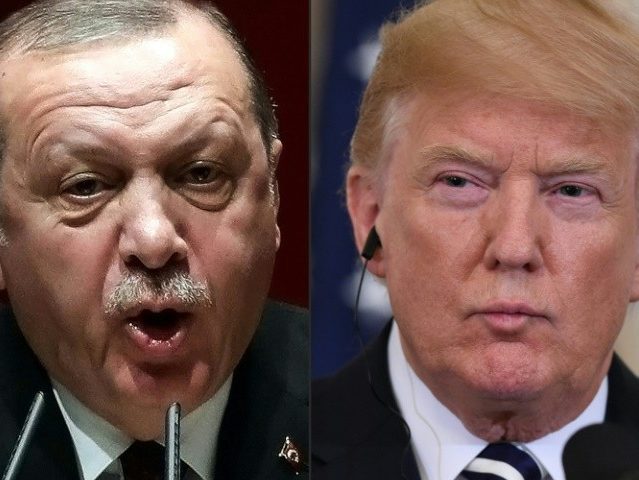 The United States is currently investigating if Turkey’s deepening relations with Venezuela constitute a violation of its sanctions against the Maduro regime, Reuters reported Thursday.

U.S. officials are reportedly examining whether Turkey’s trade in Venezuelan gold represent a violation of sanctions imposed by the U.S. against Venezuela in November.

The White House has stepped up its efforts to remove Maduro’s illegal hold on power and replace him with 35-year-old opposition lawmaker Juan Guaidó until free and fair elections are held.

“We are looking at the nature of Turkish-Venezuelan commercial activity, and if we assess a violation of our sanctions, we will obviously take action,” a senior U.S. official told the agency.

“We have talked to the Turks like we have talked to an awful lot of governments around the world, sharing our perspective and asking them to join us in acknowledging the illegitimacy of the Maduro regime,” the U.S. official added. “They have not responded positively to that conversation thus far.”

Marshall Billingslea, U.S. assistant secretary for terrorist financing at the Treasury Department, is expected to meet with the Turkish government in Ankara on Friday afternoon to further outline the U.S. position.

Although Erdogan does not share the same values of revolutionary socialism as his Venezuelan counterpart, the two men are understood to have forged a strong relationship based on their mutual authoritarianism, hatred of Israel, and fight against so-called Islamophobia.

As a result, Turkey has joined Russia, China, and Iran in becoming a most steadfast backer of the Maduro regime. During a meeting between the two men in December, Erdogan pledged to “cover most of Venezuela’s necessities,” including construction of a mosque. In return, Turkey can expect to receive preferential access to Venezuela’s mining industries, as Erdogan expressed a particular interest in the country’s sizeable gold reserves.

“Trade restrictions and unilateral sanctions do not seem good to us, they are very wrong. These attempts will only further deepen instabilities, you cannot punish an entire people for political disagreements based on bitter experiences of the past,” Erdogan said at the time. “Turkey is on the side of Venezuela regarding the attacks and sabotages that Maduro is subject to. Thanks to the support of the Venezuelan people, I am sure he will beat the attempts to attack Venezuela.”