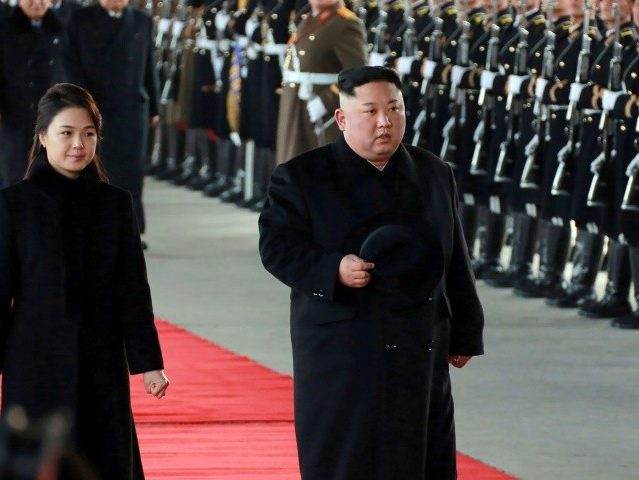 WASHINGTON, DC— North Korea does not intend to give up all its nuclear weapons or production facilities and remains the “most immediate” menace in the Indo-Pacific area for the United States, the top U.S. commander in the region told lawmakers on Tuesday, echoing a recent assessment from the American intelligence community.

While the United States has made “significant progress” towards denuclearization, some of the steps North Korea has taken towards that U.S. goal are “reversible,” Adm. Philip Davidson, the commander of U.S. Indo-Pacific Command (INDOPACOM), cautioned, noting:

North Korea has taken some steps in the direction of denuclearization, most notably the reversible dismantlement of tunnels at the Punggye nuclear test site, yet much needs to be done to make meaningful progress.

He noted that North Korea will remain an “immediate threat” to the United States until U.S. President Donald Trump’s administration achieves “the final, fully verifiable denuclearization as committed to by Chairman Kim Jong-un at the summit in June 2018,” adding:

We must remain vigilant to the threat North Korea still poses to the United States and the international community. North Korea has demanded “corresponding measures” from the United States in return for these above actions [reversible dismantlement of tunnels]. Kim warned in his 2019 New Year’s speech of a potential “new path,” which could indicate an eventual return to missile and weapons of mass destruction (WMD) testing if he is not satisfied with the pace of negotiations and potential benefits. Our military combat readiness and combined lethality remain the best deterrent and the best leverage against any threat from North Korea.

Consistent with the annual World Threat Assessment issued by the U.S. intelligence community last month, Adm. Davidson contradicted Trump’s assertion that North Korea is “no longer a nuclear threat,” noting, “We think it is unlikely that North Korea will give up all of its nuclear weapons or production capabilities, but seeks to negotiate partial denuclearization in exchange for U.S. and international concessions.”

On February 27 and 28, President Trump is expected to meet North Korean dictator Kim Jong-un in Vietnam for a second denuclearization summit after the historic meeting in Singapore in June 2018.

Adm. Davidson’s comments are part of INDOPACOM’s annual posture statement — a comprehensive report on the unified combatant command’s role, missions, accomplishments, plans, and programs — presented to the Senate Armed Services Committee on Tuesday in the form of written testimony.

Echoing Davidson, Gen. Abrams — who also serves as the top commander of the United Nations Command and the combined U.S.-South Korean forces — noted in his statement that American-led denuclearization talks with North Korea have “led to a palpable reduction in tension” in 2018.

He declared, however, that “the North Korean military remains formidable and dangerous, with no discernible differences in the assessed force structure, readiness, or lethality my predecessor reported in 2018.”

Despite a reduction in tensions along the DMZ [demilitarized zone] and a cessation of strategic provocations coupled with public statements of intent to denuclearize little to no verifiable change has occurred in North Korea’s military capabilities.

North Korea’s conventional and asymmetric military capabilities along with their continued development advanced conventional systems remains unchecked. These capabilities continue to hold the United States, the Republic of Korea and our regional allies at risk.

Gen. Abrams stressed that even if the United States eliminates the nuclear menace, U.S. troops will need to remain in the region to combat other conventional threats to American interests posed by North Korea.

I am optimistic about the upcoming U.S. North Korea Summit later this month as we work toward identifying a path to final fully verifiable denuclearization as agreed upon by President Trump and Chairman Kim at their 2018 Singapore Summit.

Amid the denuclearization talks, North Korea has reportedly continued to develop nuclear assets.

According to a study released by Stanford University’s Center for International Security and Cooperation (CISAC) on Monday, North Korea produced enough fissile material last year to construct an estimated seven more nuclear bombs, even as it was negotiating denuclearization with the Trump administration.

Adm. Davidson also warned that North Korea continues to engage in efforts “near or in Chinese territorial waters” to “circumvent” the U.S. sanctions intended to pressure the regime into denuclearization.

During an unprecedented summit in Singapore back in June 2018, Trump and Kim reached a nominal agreement to cooperate towards “denuclearization,” but the pact did not define “denuclearization” and only required of North Korea to return the remains of Americans killed during the active period of the Korean War.