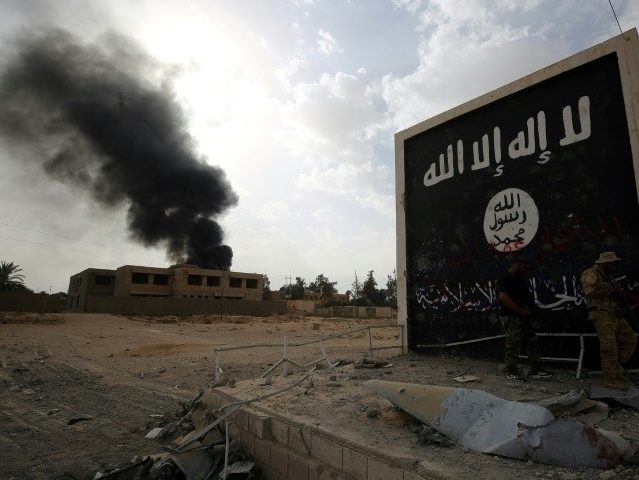 Iran may help give birth to a “maligned” Shiite terrorist group that mirrors the Sunni Islamic State’s (ISIS/ISIL) savagery, the U.S. State Department’s special envoy to Syria cautioned on Thursday.

While speaking at the Sixth Annual Defense One Summit, U.S. envoy James Jeffrey argued that, in Iraq and Syria, where U.S.-led coalition and Tehran-allied fighters have together taken on ISIS, “It requires stability ops to break Iran’s meddling influence.”

Jeffrey cautioned that Iran “will create a new Daesh if we don’t get at the underlying problem,” using an Arabic acronym for ISIS. Although American troops and Iran-backed militias fought against ISIS, Shiite fighters have vocally opposed America’s presence in Iraq.

“Direct military action would not be enough to defeat Iran and its expanding network of armed allies, many of which were comprised of Shiite Muslim militias. Like the Pentagon and its own local partners, these fighters have fought jihadi groups like ISIS in Iraq and Syria, but they oppose U.S. influence there,” Newsweek notes.

To counter pressure from the West, Iran “will create a new Daesh if we don’t get at the underlying problem,” referring to an Arabic acronym for ISIS, the American envoy predicted.

In coordination with Russia, Iranian terrorist proxies Hezbollah, the IRGC, and other Tehra-hired Shiite fighters from Pakistan, Afghanistan, and other countries are already fighting on behalf of dictator Bashar al-Assad, ultimately allowing the Syrian regime to control more territory in Syrian than any other warring party.

Alluding to U.S. military pressure to push Iran out of Syria, the ambassador told reporters on Wednesday:

It, in its work with our partners, indirectly helps affect Iran’s malign activities, and by our presence and by our commitment to security in Syria and in the region, we demonstrate an interest in achieving a political solution by the various ways that we have, not just diplomatic but security and military, through economic tools and other assets that we have and that we’re deploying in this conflict.

State’s top counter-terror official, Nathan Sales told lawmakers this week that Iran’s Hezbollah is. a global terrorist menace, with a presence in Europe, Africa, South America, Asia, and the United States – demonstrating the global reach of these networks.

“Since 2012 alone, Hizballah has conducted a successful terrorist attack in Bulgaria that killed six, undertaken two separate plots in Cyprus, developed large caches of military equipment and explosives in Kuwait, Nigeria, and Bolivia, and sent terrorist operatives to Peru and Thailand,” Sales acknowledged.

The Trump administration is taking a tough stance against Iran and its proxies, namely Hezbollah, unleashing a plethora of sanctions against the Islamic Republic and the Shiite terrorist group, which is heavily involved in drug trafficking from Latin American to several regions overseas.