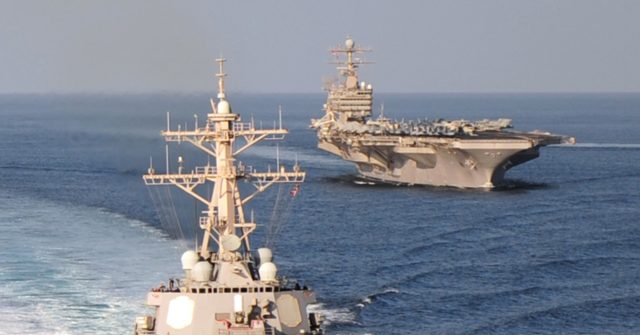 Force met by force meant Iran decided to “step back and recalculate” after readying to attack U.S. naval assets in the Persian Gulf region,  the top commander of American forces in the Mideast said Thursday.

Marine Gen. Frank McKenzie told the Associated Press he remains concerned by Iran’s continued regional aggression, and would not rule out requesting additional U.S. forces to bolster defenses against Iranian missiles or other weapons.

In Baghdad, McKenzie credited U.S. redeployments last month to the Gulf as having “caused the Iranians to back up a little bit, but I’m not sure they are strategically backing down.”

The general said the U.S. is showing enough force to “establish deterrence” without “needlessly” provoking its longtime adversary. “We’re working very hard to walk that line.”

He remains confident the moves he has made will work as a balance to any Iranian aggression.

“We’ve taken steps to show the Iranians that we mean business in our ability to defend ourselves,” he said, referring to the deployment to the Gulf of the USS Abraham Lincoln carrier strike group, four Air Force B-52 bombers and additional batteries of Army Patriot air-defense systems.

The Trump administration has never publicly outlined details of the threat allegedly presented by Iran.

Iran warned it is ready to take on any threat it perceived from U.S. forces in the region.

He was backed by an Iranian cleric who alleged a U.S. Navy force in the Persian Gulf could be entirely destroyed with ease.

“Their billion [-dollar] fleet can be destroyed with one missile,” Ayatollah Yousef Tabatabai Nejad was quoted as saying by the ISNA news agency after Friday prayers in Isfahan.

“If they attempt any move, they will… [face] dozens of missiles because at that time [government] officials won’t be in charge to act cautiously, but instead things will be in the hands of our beloved leader [Ayatollah Ali Khamenei]” added Nejad, who is the supreme leader’s representative in Isfahan.