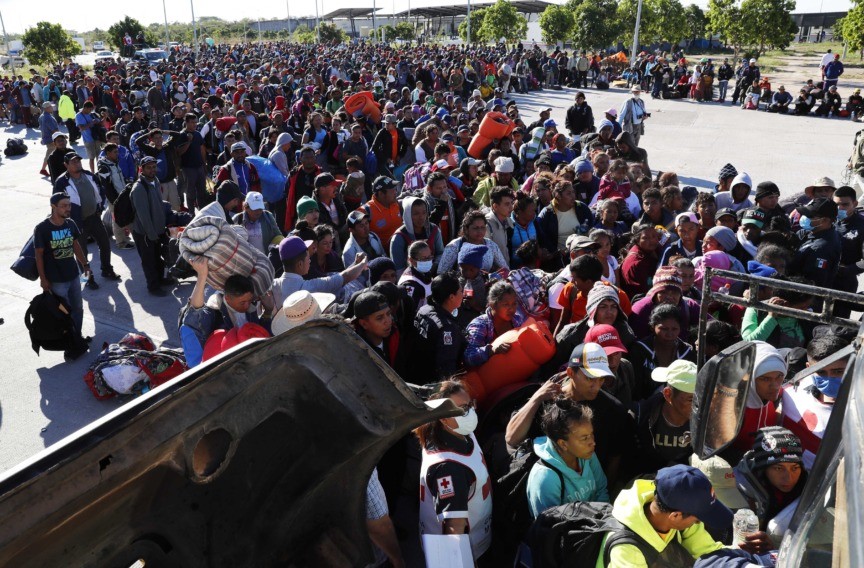 “On November 9, 2018, President Trump issued a proclamation barring people arriving to the U.S./Mexico border from receiving U.S. asylum unless they request it at a U.S. port of entry, a direct contradiction of existing U.S. asylum law (see here),” reads the statement on the Bishops’ website, signed by Bishop Joe Vásquez, Chairman of the U.S. Conference of Catholic Bishops Committee on Migration, along with officials from Catholic Charities USA, Catholic Legal Immigration Network, and Catholic Relief Services.

The bishops express their “deep concern” over the proclamation, arguing that the migrant caravan is composed of children and adults “fleeing violence” in their home countries.

“While our teaching acknowledges the right of each nation to regulate its borders, we find this action deeply concerning,” the statement reads. “It will restrict and slow access to protection for hundreds of children and families fleeing violence in Central America, potentially leaving them in unsafe conditions in Mexico or in indefinite detention situations at the U.S./Mexico border.”

The Mexican ambassador to the U.S., Geronimo Gutierrez, has warned that the migrant caravan is not just a peaceful group of people fleeing a bad situation.

“We have been trying to avoid, at all costs, violence in the border,” Gutierrez told Steve Inskeep of NPR. “Unfortunately, some of the people in the caravan have been very violent against authority, even though that they have offered the possibility of entering in compliance with immigration law and refugee status.”

In their statement, the bishops insist that seeking asylum is no crime and migrants have a right to refuge.

“We reiterate that it is not a crime to seek asylum and this right to seek refuge is codified in our laws and in our values,” it reads. “We urge the Administration to seek other solutions that will strengthen the integrity of the existing immigration system, while assuring access to protection for vulnerable children and families.”

“The Catholic Church will continue to serve, accompany and assist all those who flee persecution, regardless of where they seek such protection and where they are from,” the statement concludes.

In his proclamation, President Trump expressed concern that an influx of “large groups of aliens arriving at once through the southern border would add tremendous strain to an already taxed system, especially if they avoid orderly processing by unlawfully crossing the southern border.”

“Failing to take immediate action to stem the mass migration the United States is currently experiencing and anticipating would only encourage additional mass unlawful migration and further overwhelming of the system,” he said.