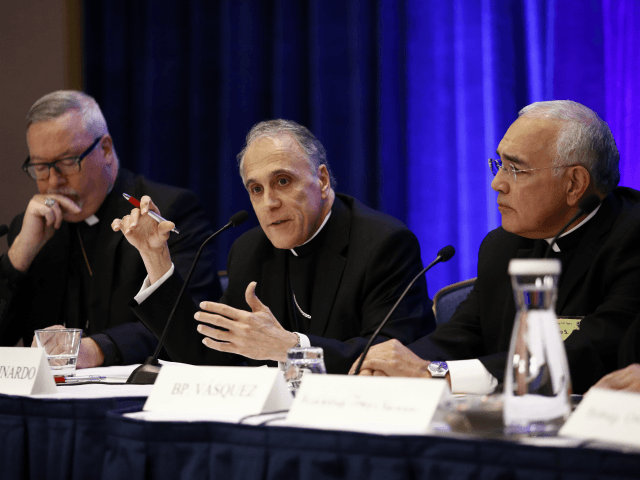 The head of the U.S. Bishops Conference (USCCB) called for the enactment of “reasonable gun measures to help curb this mad loss of life” following a fatal shooting incident in Thousand Oaks, California, on Thursday.

Cardinal Daniel N. DiNardo of Galveston-Houston, president of the USCCB, issued a statement on behalf of the U.S. bishops in which he denounced the ease with which an individual could “procure weapons and commit violence.”

A spokesman for the Ventura County Police Department, Captain Garo Kuredjian, told Breitbart News that there had been six off-duty police officers inside the bar at the time of the shooting, but that they were most likely unarmed.

“Many of us learned at dawn today that at least a dozen people died early this morning in a shooting at a bar in Thousand Oaks, CA, outside of Los Angeles,” DiNardo said. “Early reports indicate that the bar was filled with college students, and among the dead are a law enforcement officer as well as the shooter himself.”

“We must bring this tragedy to the Lord in prayer,” the cardinal said. “This new incident of gun violence strikes just as the funerals are barely complete from the last mass shooting.”

The bishops suggested that insufficient gun control laws are at least partly to blame for the attack.

“More innocent lives are lost because of one individual and his ability to procure weapons and commit violence,” the statement read. “The bishops continue to ask that public policies be supported that would enact reasonable gun measures to help curb this mad loss of life.”

Cardinal DiNardo ended by decrying “senseless violence” and promising prayers for the victims and their families.

“Only love can truly defeat evil. Love begets love, and peace begets peace, but anger, hatred and violence breed more of the same,” he said.

“Today we pray for the victims and their loved ones and all those impacted by this senseless violence. Let us pray that ‘In the tender compassion of our God the dawn from on high shall break upon us, to shine on those who dwell in darkness and the shadow of death, and to guide our feet into the way of peace,’” he said, quoting the gospel according to Saint Luke.