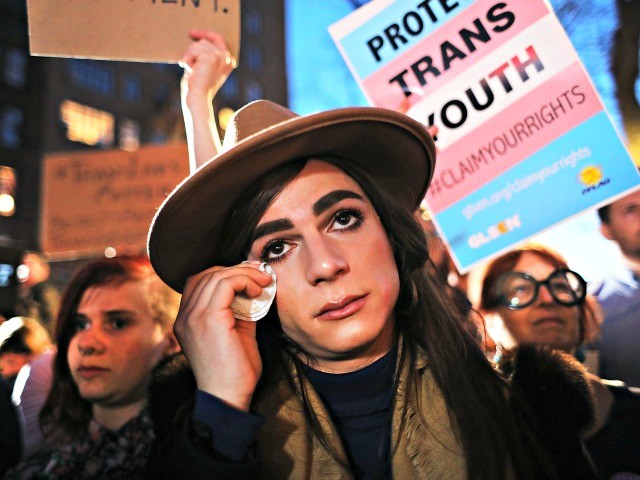 “I am deeply concerned that the U.S. Supreme Court has effectively redefined the legal meaning of ‘sex’ in our nation’s civil rights law,” writes USCCB president Archbishop José H. Gomez of Los Angeles. “This is an injustice that will have implications in many areas of life.”

“By erasing the beautiful differences and complementary relationship between man and woman, we ignore the glory of God’s creation and harm the human family, the first building block of society,” the bishops said. “Our sex, whether we are male or female, is part of God’s plan for creation and for our lives.”

“As Pope Francis has taught with such sensitivity, to live in the truth with God’s intended gifts in our lives requires that we receive our bodily and sexual identity with gratitude from our Creator,” the statement reads. “No one can find true happiness by pursuing a path that is contrary to God’s plan.”

While unjust discrimination must always be opposed, the bishops note, this does not mean altering the meaning of human sexuality.

“Every human person is made in the image and likeness of God and, without exception, must be treated with dignity, compassion, and respect,” they state. “Protecting our neighbors from unjust discrimination does not require redefining human nature.”

A number of observers have pointed out the SCOTUS decision’s obvious error in logic. The framers of the Civil Rights Act of 1964 could not have intended “sex” to extend to “sexual orientation,” since at the time 49 out of 50 states had active anti-sodomy laws on the books that were untouched by the legislation.

In his stinging dissent from the ruling, Justice Samuel Alito, joined by Justice Clarence Thomas, said there is “only one word for what the Court has done today: legislation. The document that the Court releases is in the form of a judicial opinion interpreting a statute, but that is deceptive.”

Members of Congress have repeatedly sought to amend Title VII to include sexual orientation and gender identity but has failed to do so, Alito notes, so the Court has decided to do what Congress could not.

“Usurping the constitutional authority of the other branches, the Court has essentially taken H.R.5’s provision on employment discrimination and issued it under the guise of statutory interpretation,” Alito writes. “A more brazen abuse of our authority to interpret statutes is hard to recall.”

Many will applaud the Court’s decision because they agree with the Court’s updating of Title VII, Alito continues. “But the question in these cases is not whether discrimination because of sexual orientation or gender identity should be outlawed. The question is whether Congress did that in 1964.”

“It indisputably did not,” he concludes.