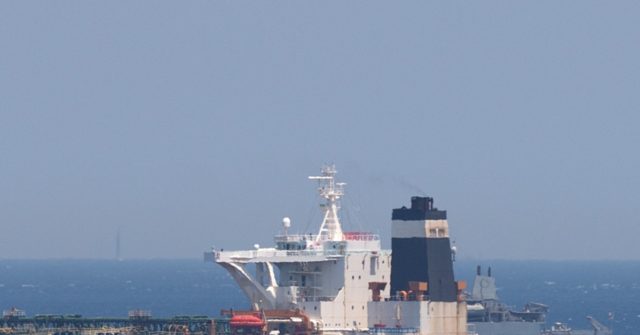 Britain’s interception Thursday of a Syria-bound super tanker believed to be carrying Iranian crude oil in waters off Gibraltar has been applauded by White House National Security Advisor John Bolton.

Authorities on the British overseas territory said port and law enforcement agencies, assisted by the Royal Marines, boarded the Grace 1 super tanker in order to halt its progress.

The ship was detained four kilometers south of Gibraltar in what Britain considers its territorial waters, although Spain — which still claims the territory — says they are Spanish waters.

The fully laden vessel was believed to be headed to the Banyas Refinery in Syria, which is part of an entity subject to the E.U.’s Syrian Sanctions Regime. The EU, and others, has imposed sanctions on the regime of President Bashar Assad over its continued crackdown against civilians. They currently target 270 people and 70 entities.

Iran’s Foreign Ministry summoned the British ambassador to voice “its very strong objection to the illegal and unacceptable seizure” of its ship. The diplomatic gesture lifted any doubt over Iran’s ownership of the vessel, which flies a Panama flag and is listed as managed by a company in Singapore.

Excellent news: UK has detained the supertanker Grace I laden with Iranian oil bound for Syria in violation of EU sanctions. America & our allies will continue to prevent regimes in Tehran & Damascus from profiting off this illicit trade.

A maritime intelligence source said the ship may have made the journey around Africa to avoid the Suez Canal, where such a large super-tanker would have had to unload its cargo and refill after passing through, exposing it to potential seizure.

The E.U. has banned oil shipments to Syria since 2011, but this would be the first time a tanker has been seized at sea.