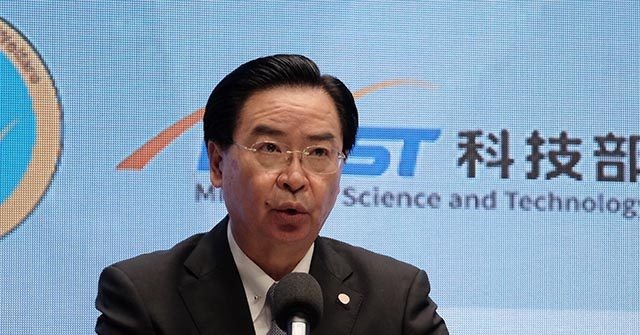 The United States and Taiwan launched the inaugural meeting of the U.S.-Taiwan Economic Prosperity Partnership (EPP) Dialogue in Washington, DC, on Friday, to further existing economic cooperation and forge new economic ties between the U.S. and Taiwan.

Wu wrote in response, “@SecPompeo, thank you, I couldn’t have said it better myself. The #Taiwan–#US Economic Prosperity Partnership Dialogue is another great step forward in a relationship going from strength to strength.”

.@SecPompeo, thank you, I couldn’t have said it better myself. The #Taiwan🇹🇼 –#US🇺🇸 Economic Prosperity Partnership Dialogue is another great step forward in a relationship going from strength to strength. Let’s keep doing good & building a brighter future for all. JW https://t.co/yUBNuvpUTj

The dialogue took place despite increasingly threatening behavior towards Taiwan by China. China, which considers Taiwan part of its territory and not a separate nation, has vowed to reunify Taiwan by 2050, including by force.

The U.S. has committed by law to provide Taiwan with the means to defend itself and has strong unofficial ties with the island, which is a vibrant democracy in contrast with communist-run China.

The State Department statement on the dialogue touted the “close relationship” between the U.S. and Taiwan:

The close relationship between the United States and Taiwan is rooted in our commitment to the defense of freedom and the promotion of democratic values. Our partnership is built on economic investment and shared people-to-people ties, and we share a vision for the world that includes the rule of law, transparency, reciprocity, prosperity, the protection of human rights, and security for all. These are the same principles that are embodied in the Clean Network, of which we both have the honor of being members.