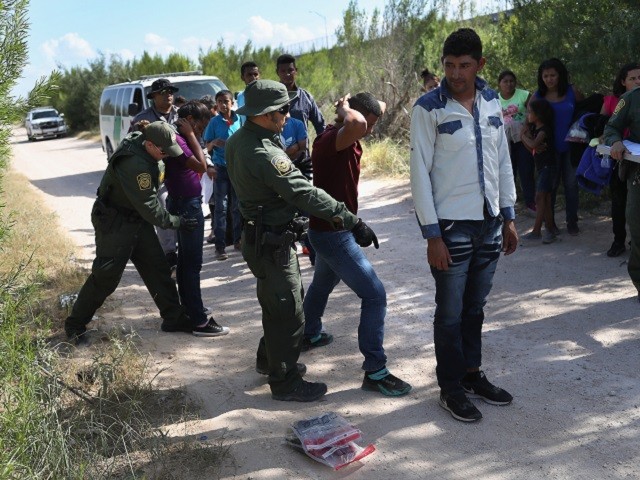 Deputies for President Donald Trump and the incoming president of Mexico have penciled a deal that would require asylum-seeking migrants to wait in Mexico until their asylum pleas are heard in U.S. courts, says a report in the Washington Post.

The plan is titled “Remain in Mexico,” said the Post report:

MEXICO CITY — The Trump administration has won the support of Mexico’s incoming government for a plan to remake U.S. border policy by requiring asylum seekers to wait in Mexico while their claims move through U.S. courts, according to Mexican officials and senior members of president-elect Andrés Manuel López Obrador’s transition team.

“For now, we have agreed to this policy of Remain in Mexico,” said Olga Sánchez Cordero, Mexico’s incoming interior minister, the top domestic policy official for López Obrador, who takes office Dec. 1. In an interview with The Washington Post, she called it a “short-term solution.”

The Washington Post suggested the deal was reached because of diplomatic pressure by President Trump:

Alarmed by Trump’s deployment of U.S. military forces to California, Arizona and Texas, and his threats to close busy border crossings, Mexican officials were further determined to take action after migrants traveling as part of a caravan forced their way onto Mexican soil last month, pushing past police blockades at the border with Guatemala.

The Remain in Mexico deal may sharply reduce the number of asylum-claiming economic migrants who are released into the United States pending a judge’s decision on their asylum claim.

They are being released into the U.S. jobs market because Congress does not provide enough detention space to hold all of the economic migrants who delay their deportation by asking for asylum. That asylum process can take years, so there are more than 200,000 migrants working in the United States pending decisions in asylum court cases.

Also, the cartel-affiliated coyotes will lose much revenue if few of their clients are released into the United States because of the Remain in Mexico deal.

Often, the migrants mortgage their homes to pay the coyotes’ up-front fees. One migrant described the labor-trafficking process to the Washington Post:

Reached by phone in Kansas City, [Denys Adelmo] Mejia said he saved thousands of dollars by traveling with a child. His smuggler would have charged $10,000 if he had been traveling alone, he said; with Elizabeth Dayana, it cost $4,500 for both of them. He has three years to pay this off — in monthly installments — or his mother [in Guatemala] could lose her house.

The asylum courts allow very few smuggled migrants to stay in the United States, although many remain working as illegal migrants:

However, the Remain in Mexico deal would likely prompt many migrants who want jobs in the United States to sneak over the border. The illegal migrants can still apply for asylum — and perhaps trigger catch and release — after they are caught because of laws and court rules which progressives and business groups champion.

Elite pro-migration groups quickly announced their opposition to the Remain in Mexico deal, even though it may help nudge up wages for U.S. blue-collar workers. The Washington Post reported, “We have not seen a specific proposal, but any policy that would leave individuals stranded in Mexico would inevitably put people in danger,” said Lee Gelernt, an ACLU attorney”:

ACLU etc. get a friend in the 9th circuit to block the President ‘s defense of the nation’s borders, despite competing clauses in 1965 law. Pity about elections, votes & Americans’ wages, but investors want cheap labor & postgrads want cheap services. https://t.co/QWpm2BmBKb

The Remain in Mexico plan may also drive down wages in Mexico because the growing number of Central American migrants may be employed by Mexican companies. The effective result would be the diversion and export of Americans’ problem of cheap-labor migration from the United States to Mexico.