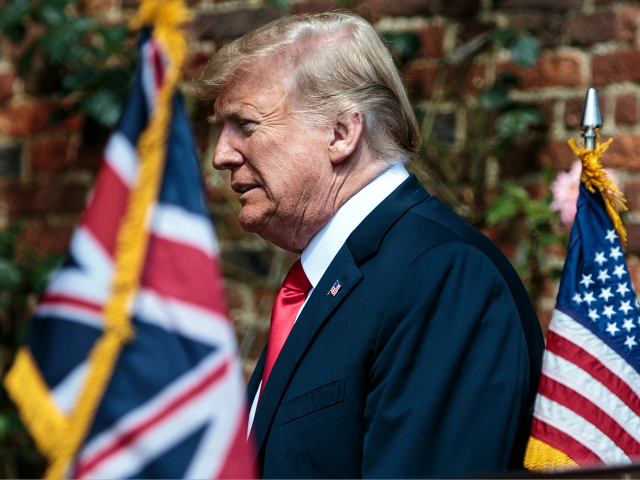 U.S. President Donald Trump’s ambassador to the United Kingdom has said that the U.S. and UK are “working hard” to build strong post-Brexit relations.

Despite apparent doubts over whether the Remainer-dominated British political class will actually go through with Brexit, the Trump administration has continued to hold out the prospect of a powerful trade agreement with the island kingdom, with Ambassador Woody Johnson most recently taking to social media to highlight America’s eagerness to enhance British-American commerce.

“It doesn’t always get much coverage in the press, but behind the scenes the U.S. & UK are working hard to prepare for our future, positive relationship post-Brexit,” Ambassador Johnson said.

It doesn’t always get much coverage in the press, but behind the scenes the U.S. & UK are working hard to prepare for our future, positive relationship post-Brexit. This latest agreement is focused on providing certainty and continuity for the markets: https://t.co/v6YSw9RCLo

Mr Johnson made the comments on social media after tweeting earlier in the week, “I cannot overemphasize the willingness of President Trump and the American people to make a strong free trade agreement between our two countries.

“It will be the standard bearer for all future trade agreements!”

The United States is Britain’s single largest trade and investment partner and “the country from which the UK earns the most through trade”, according to the Office for National Statistics (ONS).

However, as an EU member-state, the United Kingdom is not allowed to negotiate its own trade agreement with the U.S. or other historic allies such as Australia and New Zealand, or any other country, being bound by the bloc’s Common Commercial Policy and Common External Tariff.

It must instead count on the EU to negotiate on its behalf, which Remainers argue offers more collective “clout” — but in practice means deals which could benefit Britain do not happen if they do not suit vested interests in French agriculture or German manufacturing, for example.

After the Brexit vote in 2016, it looked as though this might change, with a super-deal with the U.S. being proffered enthusiastically with by the President Trump, despite his left-liberal predecessors warning that a Leave vote would result in America sending Britain to “the back of the queue”.

Theresa May’s proposed Brexit deal with the EU could derail all of this however, as, while she claims it takes back control of international trade policy, it entails a so-called “transition” period in which the United Kingdom is to effectively remain a non-voting EU member, which may be followed by a potentially indefinite “backstop” arrangement.

This would see Northern Ireland annexed to the bloc’s Customs Union and the Great British mainland forced into an EU-controlled “single customs territory” with it for goods and agricultural products, effectively precluding international trade deals.

Indeed, Britain could actually find itself dragged into an apparently looming trade war with the United States, which Brussels is threatening to hit with a series of tariffs if President Trump moves to correct a regime which is currently unbalanced in the EU’s favour.