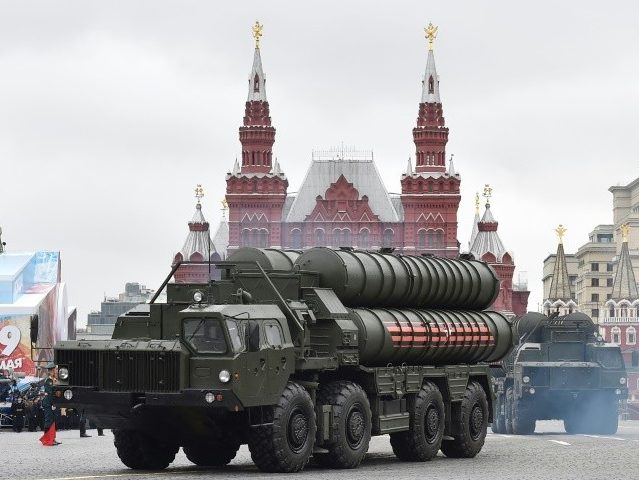 The American ambassador to NATO, Kay Bailey Hutchison, said on Tuesday the U.S. military is prepared to “take out” banned Russian cruise missiles if they are deployed against Europe in defiance of a treaty dating back to the Cold War.

Hutchison stressed that diplomacy was the preferred approach, but if that fails, “we would be looking at the capability to take out a missile that could hit any of our countries.”

“Countermeasures would be to take out the missiles that are in development by Russia in violation of the treaty. They are on notice,” she said.

“We have been trying to send a message to Russia for several years that we know they are violating the treaty, we have shown Russia the evidence that we have that they are violating the treaty. We are laying down the markers so that our allies will help us bring Russia to the table,” Hutchison explained. She implied NATO might begin deploying weapons that violate the treat if Russia continues to ignore it.

The treaty in question is the 1987 Intermediate-Range Nuclear Forces Treaty (INF), which is still in effect and was formally recognized by Russia as recently as its 30th-anniversary celebration last year. The treaty bans nuclear-capable ground-launched cruise missiles that could hit Europe or U.S. territory such as Alaska.

Russia’s new 9M729 cruise missile, identified by U.S. intelligence last year, appears to be a variant of a legal ground-launched missile with much shorter range. The 9M729 system has an assessed range of up to 3,400 miles, far above what the INF permits.

Russian cruise missile deployment has been a crisis for both the Obama and Trump administrations, beginning with the Obama administration’s denunciation of Russian missile tests in 2014. Russia ignored pleas from the Obama team to cancel the tests and refrain from deploying the missile.

For their part, the Russians have been muttering that the INF is too restrictive since the second Bush administration. They have also lodged nebulous complaints that U.S. missile defense systems deployed in Europe violate the treaty, either because they would allow missiles to be launched against Russia from Europe without fear of retaliation or because the anti-missile defense launchers could be repurposed to launch medium-range attack missiles.

NATO has accused Russian President Vladimir Putin of making these charges to stoke Russian nationalism and distract them from domestic political issues.

“After years of denials, Russia recently acknowledged the existence of a new missile system. Russia has not provided any credible answers on this new missile. All allies agree that the most plausible assessment would be that Russia is in violation of the treaty,” NATO Secretary-General Jens Stoltenberg said on Tuesday ahead of a meeting with U.S. Defense Secretary Jim Mattis and European defense ministers.

Stoltenberg warned the INF is “in danger” due to Russia’s actions.

“I cannot forecast where it will go, it is a decision for the president, but I can tell you that both on Capitol Hill and in State Department, there is a lot of concern about this situation and I’ll return with the advice of our allies and engage in that discussion to determine the way ahead,” Secretary of Defense Mattis said from Paris of his meeting tomorrow with NATO leaders.