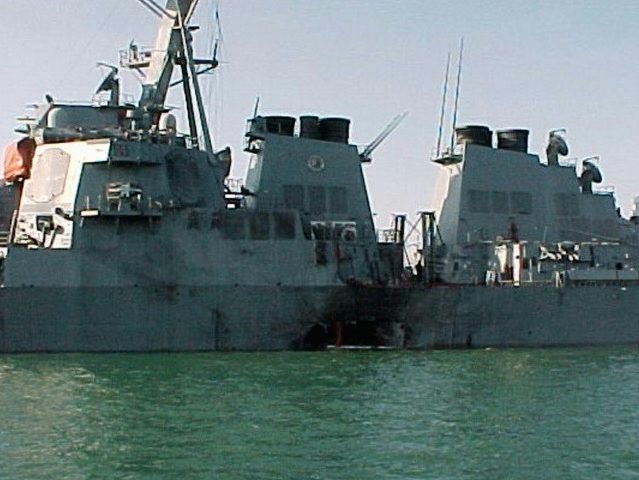 U.S. officials said on Friday they believe a U.S. airstrike in Yemen killed Jamel Ahmed Mohammed Ali al-Badawi, the al-Qaeda operative who masterminded the bombing of the USS Cole in October 2000.

Trump administration officials told CNN the strike hit al-Badawi while he was driving alone through the Ma’rib Governorate in Yemen, killing the terrorist leader without any collateral damage. The report strongly implied the attack was conducted with a drone aircraft.

The official word from CENTCOM as of Friday afternoon was that “U.S. forces are still assessing the results of the strike” that targeted al-Badawi.

Al-Badawi was on the FBI Most Wanted list and was the subject of a $5 million reward from the U.S. State Department. He spent a few brief stints in Yemeni custody but escaped from prison twice, on the second occasion by working with other al-Qaeda prisoners to fashion a shovel from broomsticks and fan blades so they could dig an escape tunnel. This led the State Department to voice some misgivings about war-torn Yemen’s ability to hold al-Qaeda prisoners.

Another key al-Qaeda operative, bombmaker Ibrahim al-Asiri, is believed to have been killed by a U.S. drone strike in Yemen in 2017. Al-Qaeda’s top regional official and overall second-in-command, Nasser al-Wuhayshi, was taken out by a drone in 2015.

The U.S. has been criticized under both the Obama and Trump administrations for excessive civilian casualties from drone strikes conducted over the past 16 years, with some estimates claiming almost a third of those killed in the strikes were not terrorists, although investigators concede it can be difficult to determine who belongs to al-Qaeda or any other faction in Yemen.

The bombing of the Cole killed 17 American sailors and wounded 39 others on October 12, 2000. The ship was refueling at the port of Aden in Yemen when suicide bombers attacked in a small boat filled with explosives.