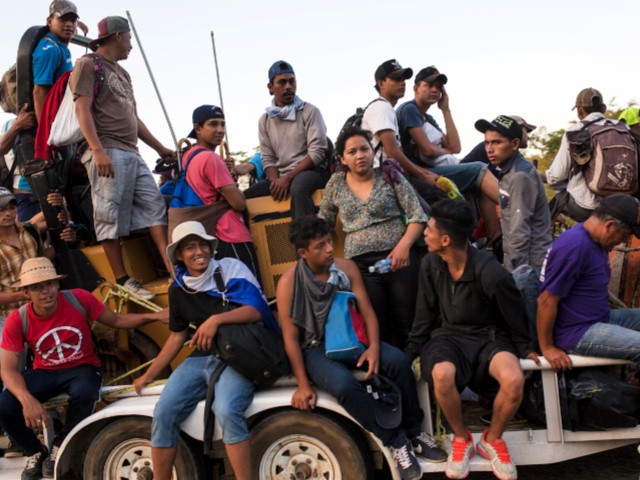 The United Nation’s Refugee Agency (UNHRC) has 45 people on the ground in Mexico helping the more than 7,000 people who are marching from Central America to the United States border with Mexico.

UNHCR spokesperson Adrian Edwards told a press conference in Geneva, Switzerland today that “in any situation like this it is essential that people have the chance to request asylum and have their international protection needs properly assessed, before any decision on return/deportation is made.”

The Mexican government initially warned people coming into Mexico illegally, mostly from Honduras, that they would be detained and deported.

“However, after attempts to prevent the caravan from entering Mexico on Sunday proved futile, the migrants have walked and/or traveled on the back of trucks or in other vehicles through Chiapas unimpeded,” the news outlet repeated.

The news outlet reported that the Mexican government invited the agency to help, even though most of the migrants don’t have visas and haven’t formally requested asylum with the National Immigration Institute (INM).

“Of concern to UNHCR at present is the developing humanitarian situation and the known kidnapping and security risks in areas the caravan may venture into. Stabilizing the situation has become urgent,” Edwards said in the Mexico Daily News article. “It is essential that there are proper reception and other conditions for those seeking asylum as well as for others on the move.”

“The final destination for most is the United States’ southern border where they intend to seek asylum,” the news outlet reported. “The migrants appear to be undeterred by United States President Trump’s threats to deploy the military and close the border.”

But on Tuesday, U.S. Secretary of State Mike Pompeo made it clear that the president’s stance is not a mere threat.

“The United States also has a message for those who are currently part of this caravan or any caravan which follows: You will not be successful at getting into the United States illegally no matter what,” Pompeo said at a briefing with reporters at the State Department.

“I repeat, the caravan will not cross our southern border under any circumstances,” Pompeo said.

An article posted on the UNHCR website claimed that the caravan includes “lone children.”

UNHCR is also identifying those who are particularly vulnerable, counseling them on their best options. This has led to a few unaccompanied and separated children choosing to claim asylum in Guatemala. The UN Refugee Agency is also monitoring returns and deportations from Guatemala, to ensure that they are voluntary and respect the fundamental principle of non-refoulement.

Most of those traveling in the caravan are in family groups, many with babies and toddlers. Their well-being is of particular concern to staff due to the extreme heat in the tropical lowlands of Chiapas, where temperatures are tipped to peak at 32°C this week, with high humidity.

In Honduras, meanwhile, UNHCR is monitoring the situation at the border with Guatemala through its partners and its San Pedro Sula office, as well as working with the authorities to ensure safe reception for those members of the caravan who are returning.

“UNHCR would like to remind countries along this route that this caravan is likely to include people in real danger,” Edwards said. “In any situation like this, it is essential that people have the chance to request asylum and have their international protection needs properly assessed before any decision on return or deportation is made.”