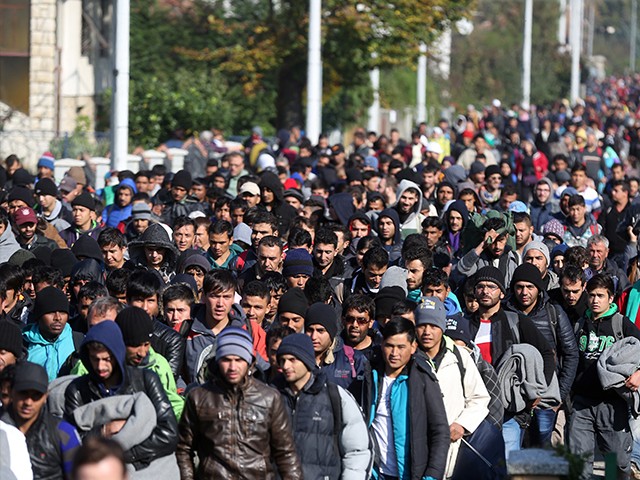 The U.N. Special Representative for International Migration criticized the decision by several countries to withdraw from the Global Compact for Migration, saying the measure has seriously affected the spirit of multilateralism.

“I think it reflects very poorly on those who participated in negotiations,” said the U.N.’s Louise Arbour Tuesday, adding that “it’s very disappointing to see that kind of reversal so shortly after a text was agreed upon.”

Ms. Arbour was referring to a number of countries, including Australia, Poland, the Czech Republic, Switzerland, Israel, and Austria, that have announced their intention to pull out of the accord. The United States and Hungary never expressed an intention to adhere to the pact, which Hungarian foreign minister Peter Szijjarto described as “extreme and biased.”

In explaining his decision to withdraw, Austrian Chancellor Sebastian Kurz said that the compact would compromise Austria’s sovereignty as well as confusing the essential differences between illegal and legal immigration and between economic migrants and refugees. Ms. Arbour called Austria’s decision “extremely regrettable.”

On Wednesday, Italy joined the growing list, as interior minister Matteo Salvini said that Italy will not sign the U.N. Global Compact for Migration, at least not without approval from the Italian Parliament. For this reason, Italy will not participate at the upcoming U.N. immigration meeting where the compact is to be formalized.

“Italy will not go to Marrakesh and will not sign anything,” Salvini said.

Italy’s Prime Minister Giuseppe Conte backed Salvini, saying that the issues at hand are too divisive and require a parliamentary vote.

“The Global Migration Compact is a document that raises issues and questions that many citizens have strong feelings about,” Mr. Conte said.

On Sunday, Slovakia’s Prime Minister also announced that his country was withdrawing support for the compact, which would lay out a series of common objectives regarding international migration.

The accord represents a cooperative non-binding document designed to set clear objectives to make migration “safe, orderly and regular.”

“There is no question that we would see an increase in harvesting the benefits of migration and, very importantly, reducing some of its negative aspects such as irregular migration, with people moving in chaotic, dangerous ways,” said Ms. Arbour, the former High Commissioner for Human Rights, and senior Canadian judge.

“We would see a great improvement on the development aspects, the humanitarian aspect, and all the economic benefits that migration is capable of producing, if it’s well managed, in a cooperative way,” she said.

In her statements, Arbour stressed the positive role played by immigrants especially because of their contribution to the labor force.

“There are many, many countries in the world today that will need to import a part of their workforce,” Arbour said. “The demographics are suggesting that if they want to maintain their current economic standards or even grow their economy, they’re going to have to receive well-trained foreigners to meet the labour market demands in their countries.”

In this case, “to foster a culture of exclusion” is “entirely counterproductive,” she said.

U.N. member states are slated to meet in the Moroccan city of Marrakesh on December 10-11 to formally adopt the compact.