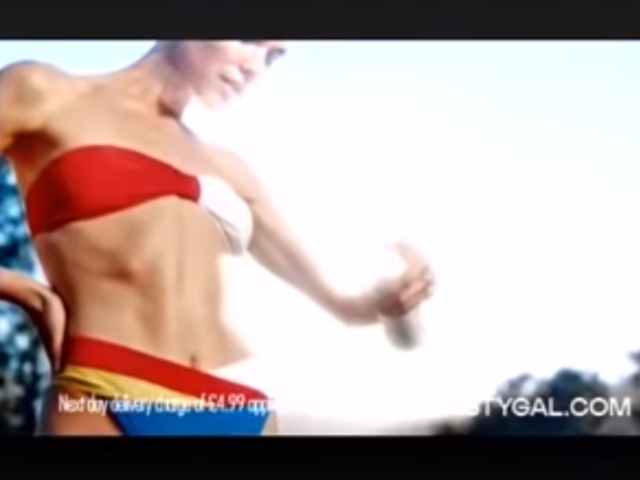 The United Kingdom has banned an advertisement featuring a thin model after some viewers called it “socially irresponsible.”

Three television advertisements have been banned in the United Kingdom have been banned after viewers complained that they utilized an “unhealthily thin” model. The ad, which was for U.K. clothing retailer Nasty Gal, featured a model with a BMI of 18.8. For reference, the BMI scale ranges from 9-50. All BMIs between 25 and 50 are considered “overweight.” In August, plus-size model Tess Holliday (who reportedly weighs 280 pounds and stands at five foot, four inches) graced the cover of the U.K. edition of Cosmpolitan. Holliday, who was largely celebrated for the cover, has an approximate BMI of 48.1.

The full ad can be seen below:

The Advertising Standards Authority is responsible for regulating television advertisements in the United Kingdom. Outrage over advertisements featuring thin models began when Protein World placed an advertisement throughout the London Underground. The ad prominently featured a skinny female model in a bathing suit. “The campaign absolutely, categorically will not be pulled by Protein World. We have 300,000 happy customers and we will not pander to this a particularly vociferous minority,” the company’s marketing head told Breitbart News in 2015.

Since then, British regulators have been taking steps to restrict the types of ads that are seen by the public. Commenting on the Nasty Gal advert, the Advertising Standards Authority explained that it killed the ad because the model’s rib cage could be seen. “For instance, the ads showed the model lying on a sun lounger stretching her arms, which emphasized their slimness and length. Furthermore, towards the end of the ads were scenes showing the model spraying mist on herself, which placed focus on her chest where her rib cage was visible and appeared prominent,” the ASA said in a comment.

Users on Twitter sounded off in response to the decision to ban the advertisement. “This annoys me,” one user wrote. “There is a big movement to use fuller figure models, but someone underweight is apparently inappropriate? How is it OK to use one but not the other. Are we saying that its OK to be overweight?”

This annoys me. There is a big movement to use fuller figure models, but someone underweight is apparently inappropriate? How is it OK to use one but not the other. Are we saying that its OK to be overweight but not… https://t.co/u53duhG3RR