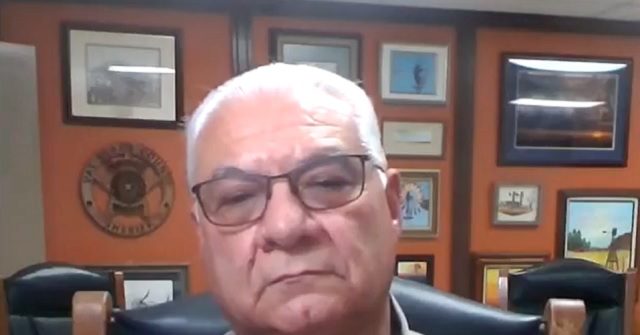 On Friday’s broadcast of the Fox Business Network’s “Evening Edit,” Val Verde County, TX Sheriff Joe Frank Martinez (D) said that placing illegal immigrants into his county is costing taxpayers and said that “over a year’s time, you’re looking at a little over a quarter-million dollars” in cost.

Martinez said, [relevant remarks begin around 1:30] “So, releasing these individuals into our communities, it’s not safe. In our jail, it’s costing our taxpayers. In the last ten days, our taxpayers have had to come up with $6,500 out of our tax base. So, if this kind of activity continues over the next 90 days, you’re talking about $66,000. But over a year’s time, you’re looking at a little over a quarter-million dollars. That may be a drop in the bucket to D.C., but that’s a huge chunk of change to Val Verde County. So, releasing these individuals into our communities, I don’t think that it’s safe. The individuals that are coming to Val Verde County, these immigrants that are coming through here, they’re not coming here to stay. They’re going to go elsewhere within the United States.”