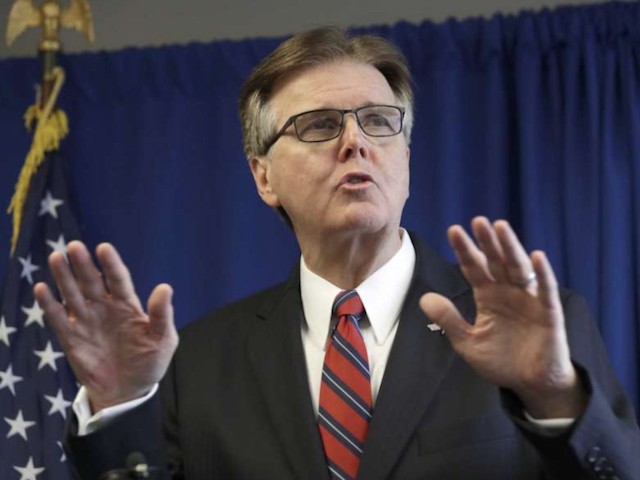 On Wednesday’s broadcast of the Fox News Channel’s “Ingraham Angle,” Texas Lt. Gov. Dan Patrick (R) said that the state has sent the Texas Rangers into a migrant facility in San Antonio because there have been complaints to state agencies about a lack of supervision, sexual assault between teenagers in the facility, people not being fed properly, and children with coronavirus not being separated.

Patrick said, “[T]onight, Brian, we just sent the Texas Rangers in…to the facility in San Antonio. Because we got complaints to state agencies that there’s no supervision. Because they don’t have enough people there. They can’t get volunteers. There’s sexual assault going on between these teenagers in this — this is the call that we got today, several calls, they’re not being fed properly, they have kids with COVID that aren’t being separated. The president and the vice president of the United States and the Democratic Party are so concerned about placating the left for open borders, children are allegedly being sexually assaulted on American soil because of their total neglect of protecting our border, protecting this country, and protecting these kids, whether they’re dropped over the fence, whether they’re sexually assaulted, whether they’re sent into the country into sex trafficking. Joe Biden and Kamala Harris have this on their hands, Brian.”