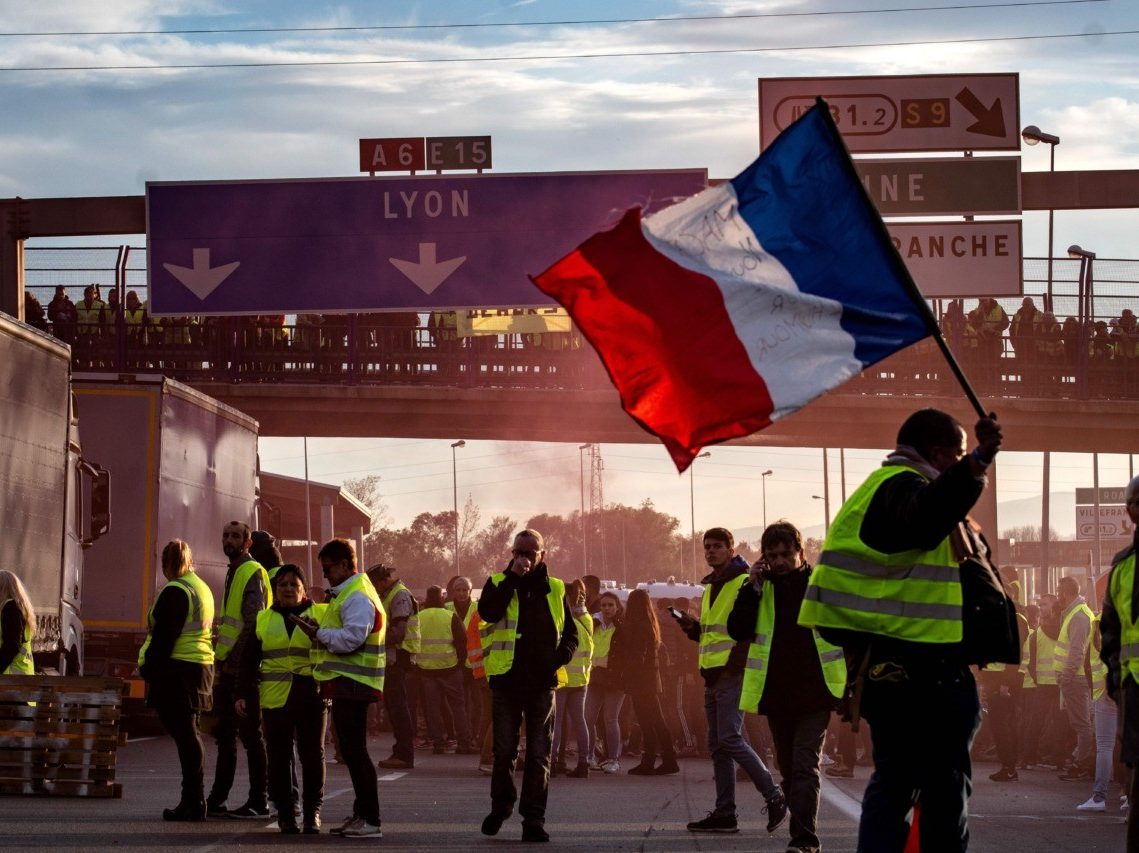 PARIS (AFP) – Two in three people back the “yellow vest” protests in France, and nearly 80 percent reject measures proposed by President Emmanuel Macron as “insufficient”, according to an opinion poll published Wednesday.

Sixty-six percent of those questioned said they supported the protests sparked by higher fuel taxes, underway for the past 12 days, which have seen hundreds of thousands of people take to the streets wearing high-visibility yellow jackets.

Only 32 percent of respondents said they opposed the movement, which has caused economic disruption as demonstrators hold up road traffic, the survey conducted by the Opinion Way group found.

The poll was carried out on Tuesday after Macron sought to defuse unrest by pledging a new mechanism to defer future tax rises if international oil prices are increasing.

He also pledged a three-month public consultation aimed at producing a roadmap to help France transition to a low-carbon economy without penalising low-income families.

But he refused to go back on an increase in fuel tax which is due to come into force in January, saying it is needed help fight pollution.

Seventy-eight percent of the 1,013 people questioned said the measures announced by the president were “wholly” or “mostly insufficient”.

The survey, conducted on behalf of LCI television, RTL radio, and the Le Figaro newspaper, showed that support for the “yellow vests” had remained relatively stable from the start of movement.