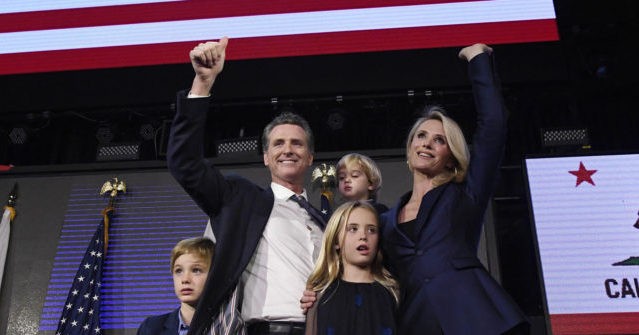 The governor’s family is following “all COVID protocols,” his office said on Friday.

“The Newsoms continue to support masking for unvaccinated individuals indoors to stop the spread and advocate for vaccinations as the most effective way to end this pandemic,” a statement by Erin Mellon, a spokesperson in the governor’s office, read.

The statement also noted Newsom, his wife Jennifer Siebel Newsom, and the couple’s other two children had tested negative for the coronavirus but did not offer additional details, including how the family was exposed to the illness.

“All four of the governor’s children are under 12, the age when children are allowed to be vaccinated under federal regulations,” the AP report said.

Meanwhile, thousands of state employees and health care workers in California planned to avoid Newsom’s coronavirus vaccine mandates, either by seeking exemptions or resisting the policy.

According to the Los Angeles Times, approximately 25 percent of the LAPD workforce planned to avoid the mandate:

More than 2,600 LAPD employees have indicated that they plan to pursue religious exemptions, while more than 350 plan to seek medical ones, according to a source in city government who was not authorized to share the preliminary data.

Under the ordinance, city employees must be fully vaccinated by Oct. 5 unless they are granted a religious or medical exemption. Employees who receive exemptions will be subject to regular testing for the coronavirus, according to the ordinance.

Once multiple networks and news outlets called the recent California recall election in favor of Newsom, the governor gave a speech and praised residents for saying “Yes” to science, vaccines, and other progressive causes.

Hours after Newsom survived the recall election, Democrats in California began working to change laws regarding the procedure to remove an elected governor for what they claimed “allow a vocal minority of conservative voters to perpetually disrupt state government.”