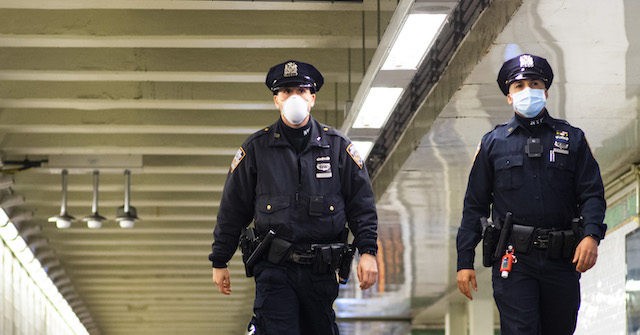 NYPD Commissioner Dermot Shea provided details of the shooting incident in a televised statement shortly after the incident unfolded.

Watch as @NYPDShea, @NYCMayor, & NYPD executives discuss the shooting in the Bronx where two of our officers were shot. https://t.co/GAy5HWMrGa

In his statement, Shea said, “We are very lucky tonight. If you think back, it was last New Year’s Eve exactly one year ago, when we had two officers shot in the 105th Precinct, and they were released the following day. It looks like we’re on that path again here tonight,” said Shea.

The incident unfolded in the Bronx in the 48th Precinct. The suspect was sitting on the stoop of an apartment when he was approached by the two officers. The suspect said very little after being approached and immediately drew the weapon.

“From beginning to end, it probably lasted for two to three seconds,” Shea said. The suspect almost immediately pulled a handgun and opened fire as a struggle with the perpetrator ensued. The perpetrator was struck three times by the officers’ return gunfire. Shea says the bullet that struck one officer near the armpit was within inches of a more tragic outcome.

The second officer was struck in the right arm. According to Shea, the suspect had a lengthy criminal history and was in possession of a stolen handgun. Commissioner Shea says the handgun was reported stolen last year in Georgia and made its way to New York.

Mayor Bill De Blasio said the incident is just another that highlights the dangers of guns being brought into the city from elsewhere. “There are too many guns out there, it’s another example of a gun from out of state that comes into our city, hurts a New Yorker. This is something we have to deal with in a whole different way.”

Wishing this very brave officer and her family the happiest #Thanksgiving & a speedy recovery.