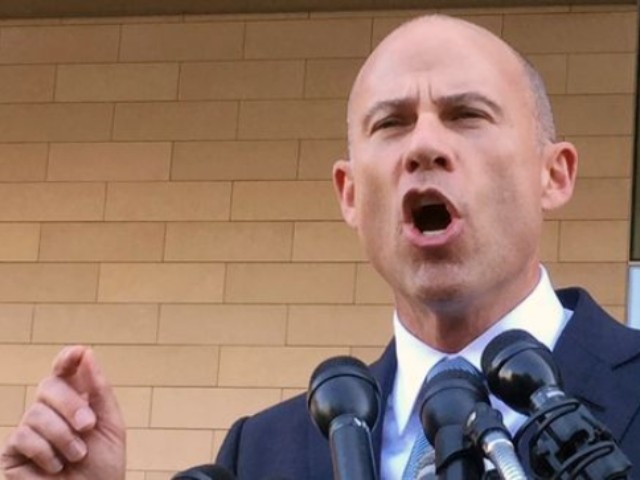 Possible 2020 Democrat presidential candidate Michael Avenatti, has been ridiculed by MMA fighters for offering to engage in a Mixed Martial Arts fight with Donald Trump, Jr.

I’m having lunch with Michael Avenatti @MichaelAvenatti at the Vanity Fair Summit and he’s proposing a three-round mixed-martial arts fight with Donald Trump Jr. @DonaldJTrumpJr for charity. No joke.

Avenatti himself later jumped to Twitter to admit that he really was thinking of such an event by noting how the box office take could be split up.

This would be for two great causes. I’m in. https://t.co/zo46yhsXCi

Avenatti added, “My portion of the proceeds from the fight will be split 50% to rebuilding Puerto Rico and 50% to @RAINN. Just waiting on Bif to confirm.”

But if Avenatti thought people might find such an event to be a good idea, Twitter users may have quickly disabused him of that notion. It was not long until a wave of ridicule came Avenatti’s way.

MMA fighter Tara LaRosa slammed the self-professed Democrat presidential hopeful and told him not to “bring your bitch ass posturing bullshit around MMA. Go back to the underworld ya f’n scrub.”

Yo @MichaelAvenatti
Don’t bring your bitch ass posturing bullshit around MMA. Go back to the underworld ya f’n scrub. https://t.co/OmpPzrtmGx

.@DonaldJTrumpJr would murk you… #EasyMoney https://t.co/AOMrgtrIrh

The MMA fighters were not alone. Former Navy SEAL Carl Higbie weighed in on Trump’s side:

Hey @MichaelAvenatti, @DonaldJTrumpJr is a little busy winning, I’m sure he would be happy to let me tag in on his behalf for your MMA challenge… What do ya say?

Except none of you can bust a grape and I’ll gladly train Jr to smoke you in the cage.

Others chimed in, as well:

Somebody is desperate for attention. #basta https://t.co/cM3raGbsea

Michael Avenatti wants to MMA fight @DonaldJTrumpJr … but he’s so fragile he blocked me on Twitter . My money is on Don JR. #StayTriggered #SnowflakeLife https://t.co/LrE1lvYr7p