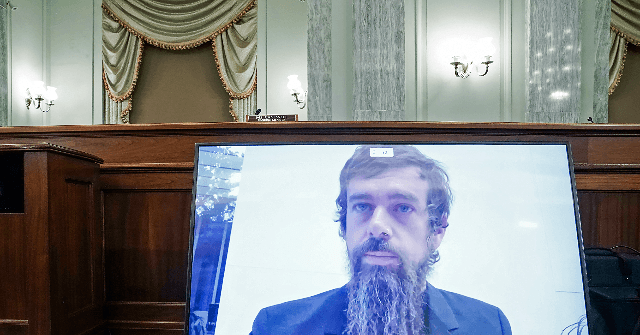 Twitter locked the account of Rep. Marjorie Taylor Greene (R-GA) on the same day that Democrats launched an effort to expel her from the House of Representatives, in a move the company later said was an “error.”

The Silicon Valley tech giant previously suspended the congresswoman’s account in January, after she discussed allegations of fraud in the 2020 election.

This time, Twitter says the suspension was an error.

Responding to the incident, Rep. Greene called on Twitter CEO Jack Dorsey to identify the employee at Twitter who made the error.

“I was just told Twitter suspended me for 12 hrs in ‘error,’ on the same day Dems introduced a resolution to expel me from Congress,” said Rep. Greene ” What a coincidence?”

“Twitter’s little error wasn’t resolved until after 12 hrs. @Jack which employee made the ‘error’? Reply to my email, Jack.”

I was just told @Twitter suspended me for 12 hrs in “error,” on the same day Dems introduced a resolution to expel me from Congress.

Twitter’s little error wasn’t resolved until after 12 hrs.@jack which employee made the “error?”

Reply to my email, Jack

The incident occurred as Democrats in Congress launched an effort to expel Rep. Greene from the House.

Democrats have repeatedly targeted Rep. Greene since she was elected in the November elections. In February, Democrats passed a resolution stripping the congresswoman of her committee assignments, a move that was also backed by 11 Republicans.

More recently, the Democrat representative of Guam in Congress, Rep. Michael F.Q. San Nicolas drew condemnation from across the political spectrum after he led members of the Guam National Guard to Rep. Greene’s office in what was widely described as a political stunt. It occurred in the same week that senior members of the military intervened in a political debate by publicly criticizing Fox News host Tucker Carlson.

I stand with Marjorie Taylor Greene!