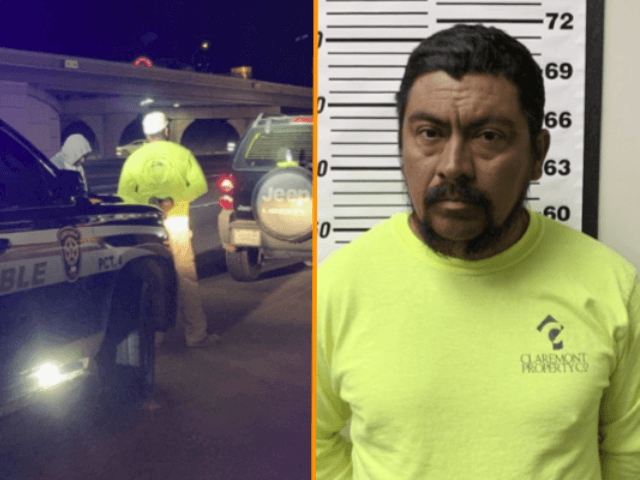 A Texas constable’s office deputy apprehended a twice-deported child sex offender after the criminal alien allegedly attempted to avoid detection by using a fake identity. The Mexican national has multiple convictions in California for sex offenses against children — some under the age of 14.

A Montgomery County Precinct 4 Constable’s Office deputy patrolling on Interstate 69 northeast of Houston conducted a traffic stop that led to the discovery of a twice-deported Mexican national. Officials stated that the criminal alien attempted to use a fake identity to avoid being identified as an a convicted sex offender, according to a Facebook post by the constabulary.

Records indicated that a California court convicted Mejia Ramos for Lewd Acts with a Child Under the Age of 14 and Sexual Assault of a Child. The court sentenced the migrant to two years and six years respectively on the two charges. He also served eight years in prison for continuous sexual abuse of a child following a conviction in Lancaster, California, the constable reported. Additionally, he served six years in a California prison for Perjury after being convicted by a court in Los Angeles.

“Mejia Ramos is a very dangerous convicted criminal that is in our country illegally. Great job by our deputy that located him and is once again bringing him to justice,” Constable Kenneth Hayden stated in the Facebook post.

Immigration officers deported Mejia Ramos on two occasions — in 2013 and 2015. The 2015 deportation followed a DWI arrest in the Houston area, the Houston Chronicle reported.

The traffic stop took place near Porter, Texas, — nearly 400 miles from the state’s border with Mexico.

Mejia Ramos could now face prosecution by the U.S Attorney’s Office for the Southern District of Texas for illegal re-entry after removal as a sex offender and convicted felon. If convicted of the charge, the 50-year-old criminal alien could spend up to 20 years in federal prison.