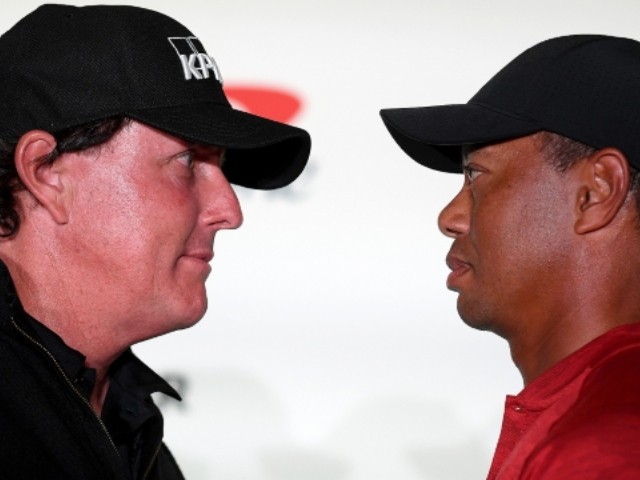 Turner Sports and other cable outlets have decided to refund the fees paid by pay per view customers, after a technical problem nearly blacked out the highly anticipated golf match between pros Tiger Woods and Phil Mickelson last Friday.

The broadcast of The Match, featuring the head-to-head round of golf between Woods and Mickelson, ended up being broadcast unblocked after the paywall system broke down. The decision was quickly made to avoid blacking out the program for everyone and to air it free to prevent disappointing those who paid the fee ahead of time, according to ESPN.

Turner rushed out a statement on Saturday informing customers that their $19.99 fee would be refunded for those who expected an exclusive broadcast.

“The Match was an historic event, from Tiger’s opening tee shot to Phil’s final putt,” Turner said in its statement. “Prior to the start of the event, we experienced a technical issue with the B/R Live paywall page that we tried to quickly resolve.”

“We decided to take down the paywall to ensure that fans who already purchased the event would not miss any action,’ Turner added. “This did not impact the live streaming of the competition and fans were treated to an event that was both engaging and memorable. Unfortunately, the pre-match technical issue did occur, and we will offer fans who purchased the event on B/R Live a refund.”

Several other carriers also announced a refund of the fee. “Comcast, Charter Spectrum, Cox Communications, Dish/Sling TV and AT&T — via its DirecTV and U-Verse platforms — also announced that they would not charge customers who paid for the event, either through credits or refunds. Other carriers, including Cablevision and Verizon, have not made decisions,” ESPN reported.

The match was neck-and-neck with Mickelson leading until the 17th hole when Woods tied up with a birdie from the edges of the green of the par-3 hole. Both went on to birdy the par-5 18th. The pair were tied by the final hole of the regular round and so continued hitting until one came out a clear winner. They kept pace for three more holes until the 22nd.

Ultimately, Mickelson won the $9 million purse with a birdie on the 22nd hole.

Mickelson started the match on a conciliatory note by insisting that his opponent, Tiger Woods, is the “greatest golfer of all time.”

Speaking to reporters ahead of tee-off, Mickelson said, “[Tiger is the] greatest of all time. That’s an easy one for me. I’ve seen him do things with a golf ball that’s never been done; the performance at the 2000 U.S. Open at Pebble Beach is the single greatest performance in the history of the game of golf, and possibly all of sports, and he continued to play that way for a number of years.”